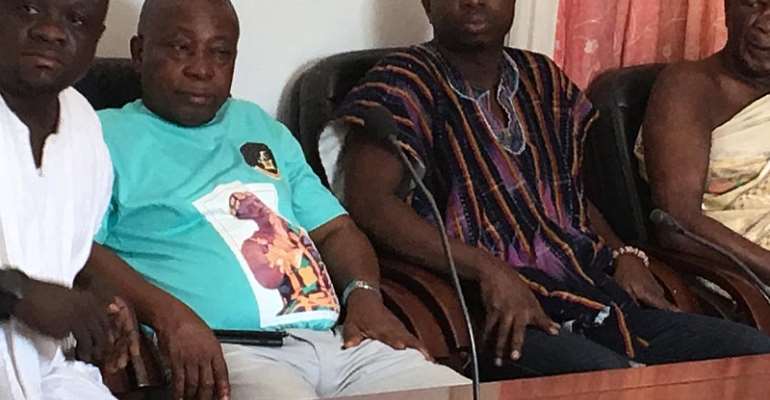 He said the President assured him during a short meeting in Accra few weeks back that Dormaa Ahenkro will soon have an asphalt after he (the Omanhene) had appealed to the President to come to his aid in that regard.

Osagyefo Agyeman Badu is now excited that virtually all the principal streets of Dormaa Ahenkro have been tarred and now very motorable.

The Dormaahene made this known when a delegation from the Bono Regional office of the ruling New Patriotic Party (NPP) led by the regional chairman, Kwame Baffoe paid a courtesy call on him at his palace in Dormaa Ahenkro.

The visit afforded the party an opportunity to introduce the party's regional executives to the Dormaahene and also congratulate him for his sterling leadership over the past two decades in promoting peace and development across the country.

It also coincided with the 20th anniversary of the enstoolment of Osagyefo Agyeman Badu and celebration of Kwafie festival. The delegation donated an undisclosed amount of money and others items towards the celebration.

The Dormaahene was full of praise for the government for managing the country’s economy in a prudent manner.

The Regional Chairman of NPP, Kwame Baffoe, who is also known as Abronye DC, on behalf of the party, thanked the Omanhene for the warm reception accorded them.

He said the party and government appreciate the role and importance of tradition and culture in the country’s developmental pursuit.

Present at the meeting were the Member of Parliament for Dormaa Central, Kwaku Agyeman Manu, who is also the Minister of Health, the Bono Regional Secretary of NPP, Kofi Boateng, Chairman of Regional Council of Elders of the party, Mr. G.K Awuah and some other party functionaries.