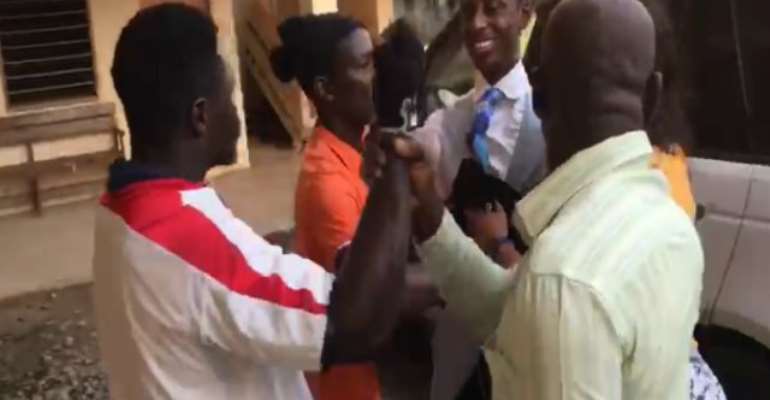 The founder and head pastor of Zoe Outreach Embassy was nearly assaulted by some aggrieved customers who have their funds locked up in his investment companies.

Kelvin Kwesi Kobiri, according to reports, arrived at the premises of the Tarkwa Circuit Court to respond to a suit against him for allegedly issuing three dud checks.

However, the court could not sit because the judge was reported to be on vacation. 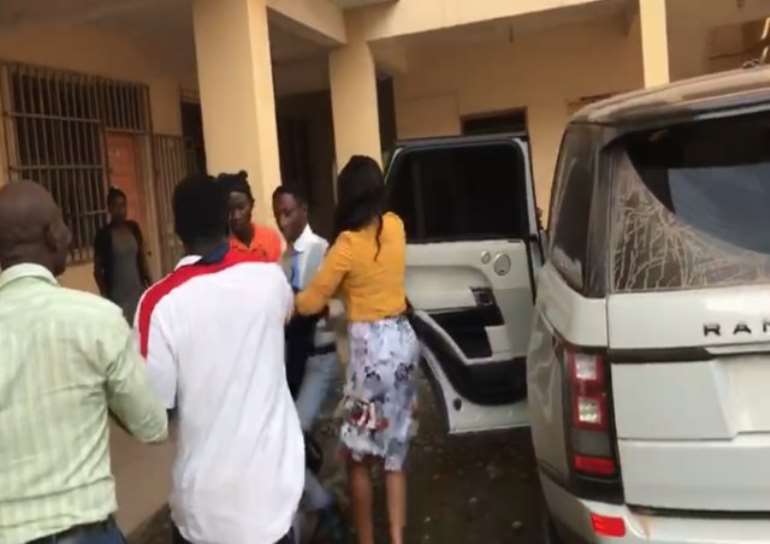 When word spread around that Pastor Kobiri was in town, some angry customers accosted him demanding their investments.

But for the timely intervention of armed policemen from the Tarkwa Divisional Police Command who whisked him away, Pastor Kobiri would have been beaten to a pulp.

On Sunday, December 8, some aggrieved customers of defunct Tikowre Capital pitched camp at the Zoe Outreach Embassy at Obojo in the Greater Accra region to demand payment of locked-up investments from the church’s founder. 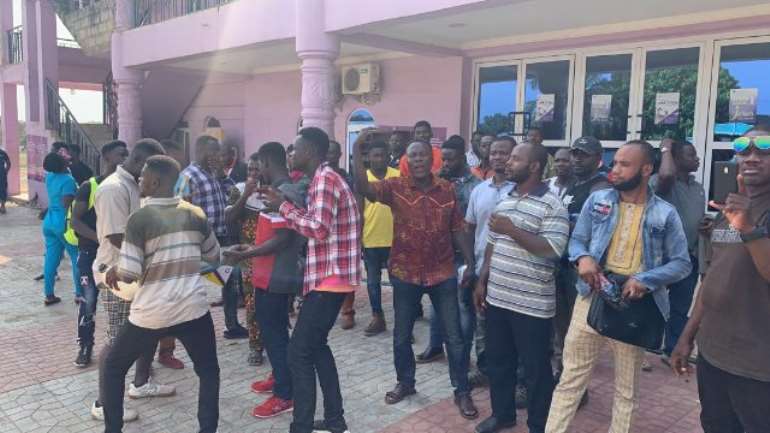 They say Kelvin Kwesi Kobiri has reneged on his pledge to pay them back in 90 days following a similar action in June this year.

Church service had been advertised to come off at 9 am but the premises is locked with some policemen present when Joy News visited.

The aggrieved investors told Joy News’ Joseph Ackah Blay that life remains tough for them the longer they are denied access to their money. 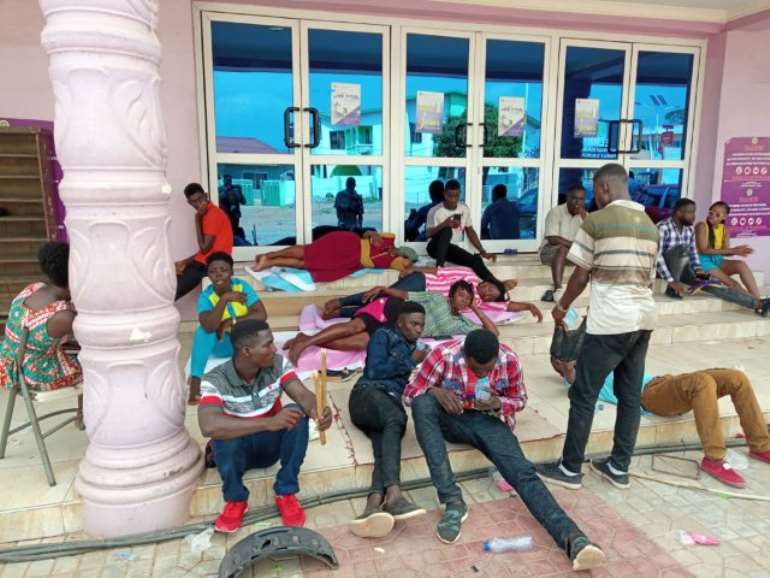 The aggrieved persons mostly men – some of them members of the Outreach - said they were convinced by the founder and leader of the East Legon-based church to invest hundreds of cedis with EL Real Estates and Tikowre Capital.