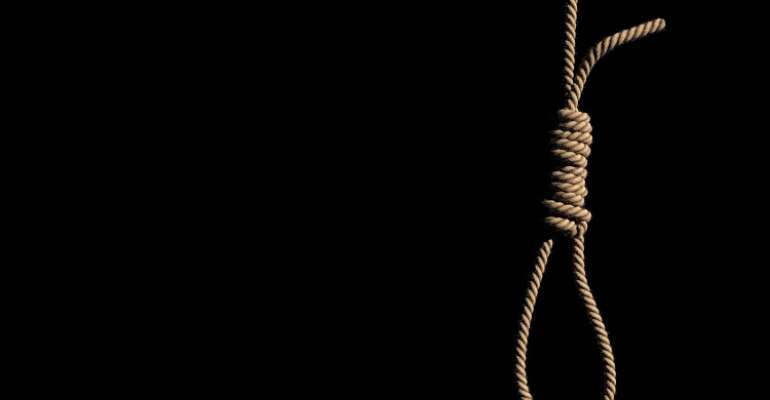 A 31-year-old teacher of Kamerekrom Junior High school in the Asunafo South District has committed suicide by hanging.

Justice Asinim who teaches at Kamerekrom Junior High school as National Service personnel left behind a wife and children.

The incident reportedly took place over the weekend in a cocoa farm near his father’s cottage at Mfrekrom.

“Justice Asinim is a national service personnel stationed at Kamirekrom JHS. On the 13th of December 2019 in the morning, he went to Abogyekrom his cottage to collect fresh fermented Cocoa beans back to Kamirekrom but he didn’t return. They started calling his phone number but he was not picking the call. So the brother accompanied by others came and informed the police but we advised that it was too early and that they should get back and conduct a search. So they went back and within 30 munites they came back and they say actually they went to the cocoa farm and saw his lifeless body hanging on a tree”.

He said the police accompanied the family to the farm and followed the usual initial investigations.

The body has so far been deposited at the Goaso Government Hospital mortuary awaiting autopsy while investigations continue. 800,000 people die from suicide yearly – Report

The Mental Health Authority is alarmed by the increasing cases of suicide recorded in the country.

The Authority observed that the economic situation in the country coupled with the weakness in our social systems contribute to the rise in suicide cases.

It therefore appealed to the government and other stakeholders to adequately resource it in providing baseline research to add effective mental health policies to revert the trend.

The Mental Authority in a statement said: “The WHO [World Health Organisation] has shown that a person dies every 40 seconds by suicide worldwide, with 25 more people making an attempt at suicide. This puts the data of persons dying averagely per year to suicide at approximately 800,000 and Ghana has its fair share of this number.”

“The consequence of this phenomenon is the many more people who are left bereaved by suicide or have been close to someone who has made an attempt. Every life lost represents someone's partner, child, parent, friend or colleague. For each suicide, approximately 135 people suffer intense grief or are otherwise affected. This amounts to 108 million people per year who are profoundly impacted by suicidal behaviour. These people often go through a life-changing experience which when not properly dealt with, leaves such deep scars with them for the rest of their lives that impact on the quality of life of these persons and their contribution to national economic growth.”

A/R: Two dead after taxi crashed into drinking spot at Asokw...
2 minutes ago