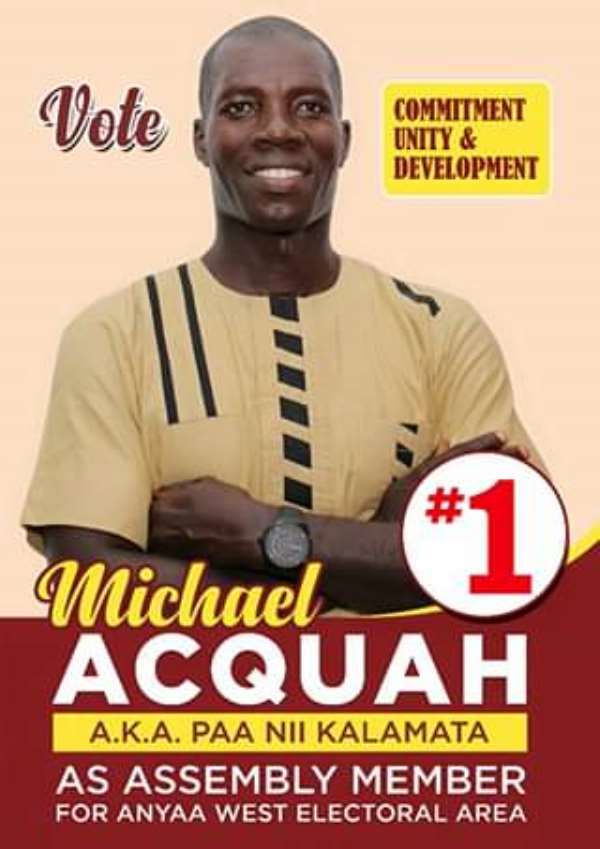 The Assembly Member for Anyaa West, Mr. Michael Acquah says security and development would be his main agenda, as he prepares to seek reelection in the forthcoming assembly elections.

According to him, he would continue to serve the people of Anyaa West electoral area, explaining that he would not betray their trust.

He made the disclosure while speaking to electorates at Palace Town on Sunday.

"I also facilitated the upgrading of roads and street lighting systems for the community. I have also repaired all street lights in the electoral area and formed a proactive community watchdog committee," Mr. Acquah noted.

According to him, he was compelled to construct the culverts because of the flooding that affects the residents and the love for his people.