When Pedophiles Grandstand on CVs of Our Judges 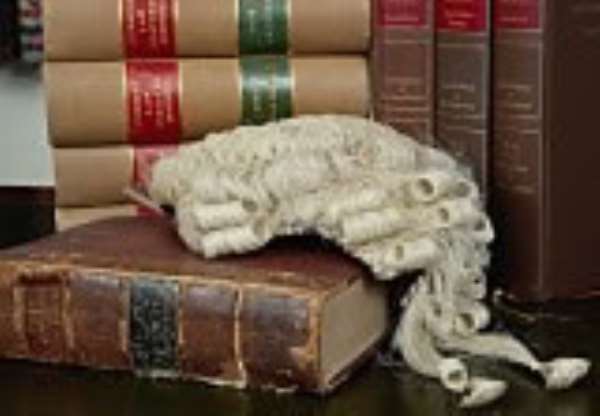 To effectively gauge how well the Akufo-Addo-led New Patriotic Party (NPP) is doing in Ghana these days, one only needs to take a glance at what the leaders of the country’s main opposition parties in Parliament are bitterly complaining about. In the latest of such plaints, for example, the Parliamentary Minority Chief Whip, Mr. Mohammed Mubarak Muntaka, of the main opposition National Democratic Congress (NDC), and his associates are demanding to be promptly provided with the curricula vitae or résumés of some three justices of the Appeals Court of Ghana who were recently nominated for seating on the nation’s highest bench, to wit, the Supreme Court.

That, of course, was some three weeks ago (See “Minority Demands CVs of Newly-Appointed Supreme Court Judges” Modernghana.com 11/29/19). The names of the newly nominated Apex Court Candidates are Lovelace Johnson, Mariama Owusu and Gertrude Tokornoo. It is almost certain that the vitae or résumés with which these soon-to-be former Appeals Court Judges secured the chance and privilege to sit on the second-highest and/or most powerful judicial bench in the land are, very likely, not very different, in terms of the academic and professional qualifications of these newly appointed Apex Court Judges, from those that they presented to the relevant legislative committees the last time around, which will be these same candidates promotion to the Appeals Court of Adjudicature.

The reason for this very public and vociferous demand by the Muntaka Gang of double-salary drawing Mahama cabinet appointees for the vitae or the résumés of these newly nominated Supreme Court Jurists is, ostensibly, to enable the members of the Parliamentary Judicial Committee, or whatever committee or committees, charged with the vetting of judges to be seated on any of the legitimately constituted courts of the land to be able to do so in a timely fashion. Well, Dear Reader, let absolutely nobody be fooled by this earnest CV demand into either thinking or believing that, indeed, the Mubarak Gang does not take its voter-mandated legislative duties lightly.

Nothing could be farther from the truth and the reality of what actually prevails in our august National Assembly on a daily basis and has been going on since any of us can recall. For instance, not very long ago, most of us, Ghanaian citizens, both resident abroad and at home, awoke to the then greatest shock of our lives, and that was at the very inception of the assumption of the democratic reins of governance by the Akufo-Addo Administration, when it came to light that for every executive or ministerial nominee brought before any one of the legion parliamentary committees to be vetted and cleared to officially assume the terms of reference of their portfolios, the members of the particular parliamentary committee charged with such vetting, largely involving the patently pedestrian posing of some softheaded nuisance questions to these nominees, were entitled to something called “Sitting Allowances.”

It was almost as if each and every one of the members of our National Assembly had to be bribed in order to tackle the duties for which s/he was elected to represent his/her constituents around the nation. Chances are that Mr. Muntaka, the National Democratic Congress’ Member of Parliament for Kumasi-Asawase, was loudly and rudely demanding to have the “Sitting Allowances” of his associates of the relevant parliamentary committee or committees charged with the vetting of our judges and for himself, pronto, more than any avid interest that the Muntaka Gang might have been harboring vis-a-vis the fact of whether, indeed, any or all of these nominees are actually as qualified to sit on the highest judicial bench of the land or not as the President who nominated these candidates appears to believe. I also decided to caption this column with the title of “When Pedophiles Grandstand on the CVs of Our Judges,” because Mr. Muntaka is globally infamous for vigorously lobbying Ghana’s Parliament for rascals like himself – under the dubious and specious guise of Islamic adherence and/or confession and religiosity – to be legally allowed by statute or the Constitution to literally rape young women as young as between 12 and 14 years old in the name of marriage!

He may not know this, but here in the United States of America, any adult male of Mr. Mubarak’s age, and I am hereby assuming that the latter is well past 40 years old, discovered or found to have had sex with or to be consorting with any male or female under the age of 18, in most states of the Union, and below the age of 16, in virtually all the states of the Union, would be promptly charged with the first-class felony of “Statutory Rape” and the adult perp or perpetrator could end up being sentenced to anywhere between 25 years to life imprisonment. It is also significant to observe that this legally benighted and morally untenable demand to have sex with significantly underage Ghanaian girls and young women by shameless self-proclaimed sexual predators and pedophiles like Mr. Muntaka, tends to almost invariably be doggedly pushed or pursued by some Ghanaian male politicians of predominantly Muslim persuasion and of northern descent.

But I was even more interested in the thoroughgoing corrupt practice or tradition of “Sitting Allowances,” because it strikingly resembles the way in which many American medical doctors chase after good health insurance premiums and policies at the damnable expense of the need for the conscientious treatment of the patients holding these fetching health insurance premiums and policies. Recently, for example, I suffered such abject physician neglect when the cardiologist to whom I had been referred by my primary care physician, for what was explained to me as a 6-hour catheterization procedure, deliberately decided not to show up for a presurgical advisory session, and instead had his nurse-practitioner, and the latter’s understudy or student, literally sell yours truly a stale bill of damaged goods. I would be charged a $50 (Fifty Dollars) copayment – the standard copayment for me is $20 (Twenty Dollars); and my health insurance company would be billed $650 (Six-Hundred-and-Fifty Dollars). The Dear Reader can just hazard a guess over how much the procedure itself would cost, if I had thoughtlessly consented to having a cardiac-surgeon I never met my whole life put my “nigger body” casually under the knife. The nurse-practitioner had only read to yours truly the diagnosis on my record from the computer screen in a pre-operation briefing session that could not have lasted more than 20 minutes, at the most.