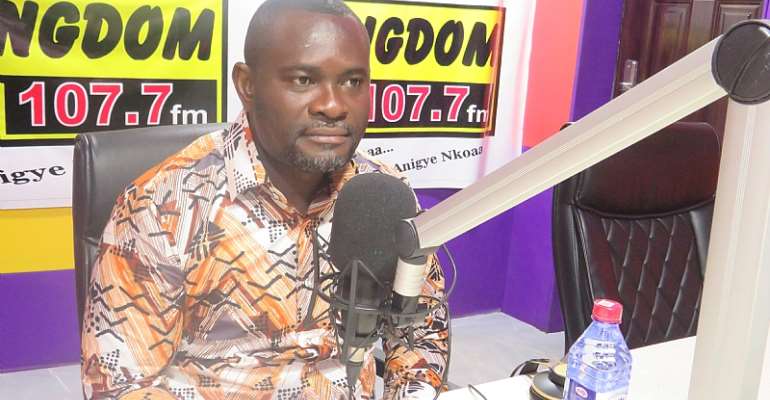 He noted that the gloomy picture of the Ghanaian economy, inherited from the predecessor Mahama, has been reversed, and it is on a defined road of revitalisation.

“President Akufo-Addo’s administration has employed over 100,000 NABCO workers and he is bent on empowering Ghanaian youth to polish their raw skills in terms of capacity building in creating more jobs,” Lawyer John Kumah told Kwame Tutu on Anopa Nkomo on Accra-based Kingdom FM 107.7.

He said the government is committed to creating more jobs for Ghanaians.

The job creation, according to him, cuts across all spheres of the economy including education, health, agriculture, security and entrepreneurship.

He referred to President Akufo-Addo as a ‘Covenant Keeping President’ to wit, a president who delivers on his promise.

He said the hardship is as a result of the poor and decay nature of the economy inherited from the NDC and called on Ghanaians to keep faith with the NPP government to deliver.

Lawyer John Kumah further stated, the Nana Akufo-Addo government will ensure that policies aimed at training and providing employment opportunities for young people will be made available, adding that the NPP will maintain the nursing and training allowance and give priority to agriculture in quest to create more job opportunities.