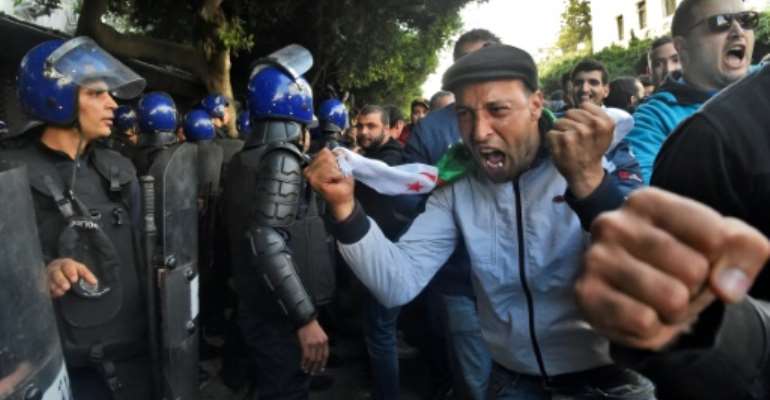 Algerian security forces surround protesters staging an anti-government demonstration in the capital Algiers on the day of the presidential election. By RYAD KRAMDI (AFP)

Algeria held a tense presidential election Thursday meant to bring stability after a year of turmoil, but voting was marred as protesters stormed polling stations and thousands rallied in the capital.

The unpopular vote comes almost 10 months after a people power movement ousted president Abdelaziz Bouteflika, 82, after two decades in office, and as demonstrators keep pushing for an end to the military-backed political system.

Tens of thousands rallied in central Algiers, defying a heavy police presence backed by water cannon and helicopters, and despite the arrests of at least 10 activists meant to prevent a repeat of the previous day's anti-election rallies. 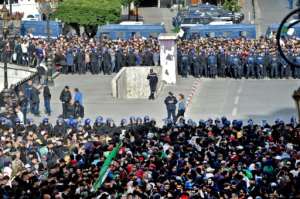 Protests have kept up every week since February, demanding a complete overhaul of the political system. By RYAD KRAMDI (AFP)

"The people want independence," they chanted after breaking through a police cordon and filling the streets outside the Central Post Office, their symbolic meeting place in more than 40 weeks of rallies.

A group stormed a polling station in the capital, suspending voting there for about half an hour, before police pushed them out again, AFP reporters witnessed. 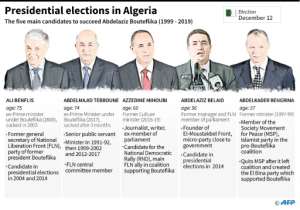 Unrest also erupted in the northern mountain region of Kabylie, home to much of the country's Berber minority, where groups "ransacked the ballot boxes and destroyed part of the electoral lists" in Bejaia, a resident said.

Video footage shared on social media, purportedly from a polling station there, showed dozens of people tossing ballot papers into the air and stamping on them, while clips from other cities showed large demonstrations.

Crowds also surrounded a government building in Tizi Ouzou, where security forces fired teargas to repel them, witnesses told AFP from the region with a long history of opposition to the central government. 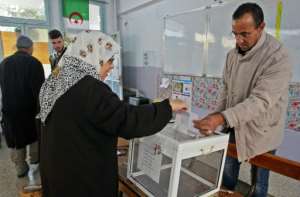 Voter participation appeared to be low in the ballot, where five candidates were in the running -- all of them widely rejected as "children of the regime" by the protesters.

Among them are two of the ousted leader's former prime ministers -- Abdelmajid Tebboune, 74, and Ali Benflis, 75 -- and a former minister, Azzedine Mihoubi.

While only a trickle of voters cast their ballots in some districts, national television showed longer queues elsewhere, leading some online commentators to wonder "how much they have been paid".

Two hours after the start of voting, turnout stood at 7.9 percent of the 24 million eligible voters, said the electoral authority -- a "respectable" level according to its president Mohamed Charfi.

Mahdid Saadi, a 76-year-old retiree, showed off his voter card with many stamps and said: "I have always voted and I still vote today, it is a duty."

Polls were scheduled to close at 1800 GMT but the result may not be announced for another day or later, as was the case after previous elections already marked by high abstention rates. 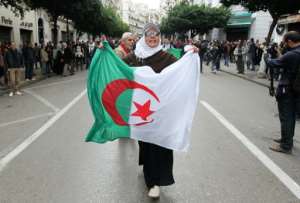 Whoever wins will struggle to be accepted by the electorate in the north African country, where many citizens see the government as inept, corrupt and unable to manage the flagging economy.

The "Hirak" street movement kicked off when Bouteflika announced in February he would seek a fifth term in office.

Since then protesters have stayed on the streets, demanding the total dismantling of the system that has ruled Algeria since independence from France in 1962. 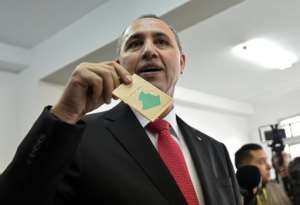