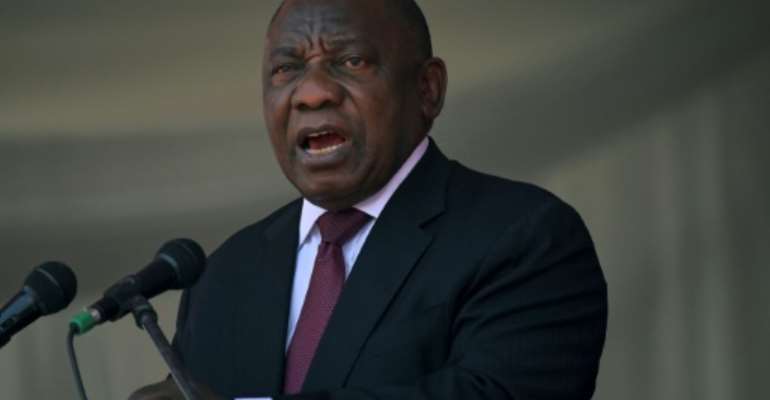 South African President Cyril Ramaphosa on Wednesday partly blamed acts of sabotage for recent power cuts that are the worst that the country has ever suffered.

The outages, implemented to prevent a collapse of the electricity grid and known technically as load shedding, have plunged businesses, schools and homes into darkness over the past week.

For the first time since the practice began 11 years ago, state power utility Eskom on Tuesday intensified blackouts to a level called stage 6.

Ramaphosa hastily cut short an official visit to Egypt, returning home to meet with the Eskom board and managers following the announcement.

Speaking to media at the utility's headquarters in Johannesburg on Wednesday, Ramaphosa said "there has been a measure of sabotage, sabotage that has led to the loss ... of 2000 megawatts.

"Someone in the Eskom system disconnected one of the instruments that finally led to one of the boilers tripping and us losing as much as 2000" megawatts.

Stage 6 load shedding involves cuts of 6000MW on a rotating basis to deal with capacity shortages.

Until now, load shedding had been implemented only up to stage 4.

Ramaphosa called for a thorough investigation into the alleged sabotage and said all December holiday leave for Eskom executives was cancelled.

The utility company has been damaged by years of corruption, mismanagement and over-spending, accruing 450 billion rand ($30 billion) in debt despite multiple bailouts from the state.

However, he said the newest, Kusile and Medupi, were also at the heart of Eskom's financial problems and inability to produce a stable electricity supply.

The cost of building the power stations has escalated dramatically since their inception in 2007 and construction remains behind schedule.

Once it is complete, Medupi is tipped to be the fourth largest power station of its kind in the world, and expected to add around 4,700 megawatts to the national grid.

Ramaphosa assured South Africans there would be no power cuts during the festive period from December 17 to January 13.

Packaging executive Andre de Ruyter has been named to take over at Eskom in January and oversee a plan to improve the utility's performance by breaking it up into several units.