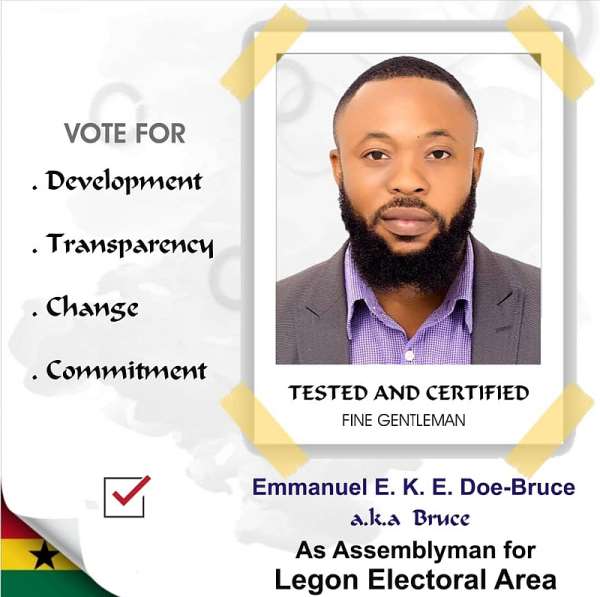 Up and down the country, candidates for the 2019 General Assembly and Unit Committee elections have been very busy and seems to have been more visible with their campaigns than the previous years.

Dozens of these candidates have been running for Assemblymen but as the long campaign period grinds on, one of the six candidates contesting at the Ayawaso West Wuogon ( Legon Electoral Area), Mr. Emmanuel E.K.E Doe-Bruce has pulled out of the race just 7 days to elections.

Bruce, until this announcement remained one of the favourite nominees in the district but unfortunately had to pull out for some personal reasons and health issues he wouldn't want to give many details on.

"My vision for running as the Assemblyman race is very important to me and so is my health. For some personal reasons, I wouldn't want to go into it but my stepping out of this race has got nothing to do with finances for my campaign" he said in a statement.

Along with dropping out of the race, Bruce said he wouldn't be campaigning for any of the remaining nominees for the rest of the seven days but planned to work hard to elect the right candidate for the district.

The district Assembly and Unit Committee elections comes off on Tuesday December 17.

I've never seen a male goat or cow running after another mal...
16 minutes ago