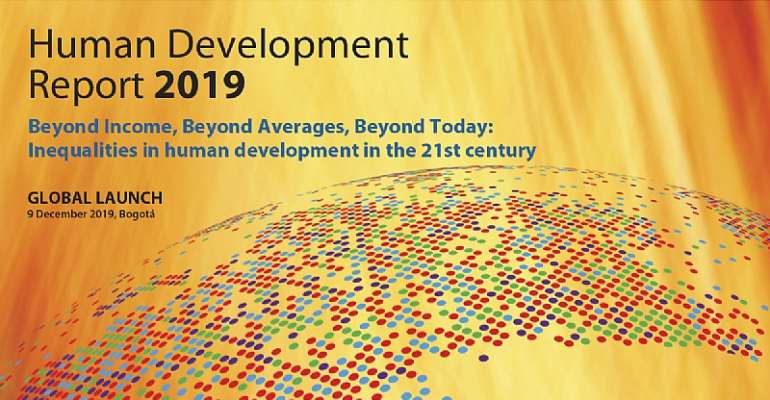 African countries have made significant strides in advancing human development, gaining ground on primary education and health. But a new generation of inequalities is opening up that, left unchecked, threatens to undermine further progress and makes it harder for those already behind to catch up.

So finds the United Nations Development Programme (UNDP) in its 2019 Human Development Report, titled “Beyond income, beyond averages, beyond today: inequalities in human development in the 21st century.” This Human Development Report (HDR), which pioneers a more precise way to measure countries’ socioeconomic progress, says that just as the gap in basic living standards is narrowing , with an unprecedented number of people escaping poverty, hunger and disease, the necessities to thrive have evolved. New inequalities are becoming more pronounced, particularly around tertiary education, and the seismic effects of technology and the climate crisis.

“This is the new face of inequality,” says UNDP Administrator, Achim Steiner. “And, as this Human Development Report sets out, inequality is not beyond solutions.”

The Report analyzes inequality in three dimensions – beyond income, beyond averages, and beyond today – and proposes policy options to tackle it.

Impressive progress, elusive SDGs
According to the Report’s accompanying Human Development Index (HDI), Africa has experienced one of the most significant improvements in human development. Between 1990 and 2018, life expectancy increased by more than 11 years.

Between 1990 and 2018, Ghana’s Human Development Index (HDI) value increased from 0.454 to 0.596, an increase of 31.1 percent - which put the country in the medium human development category—positioning it at 142 out of 189 countries and territories.

It is important to note that Ghana’s 2018 HDI of 0.596 is below the average of 0.634 for countries in the medium human development group but above the average of 0.541 for countries in Sub-Saharan Africa. From Sub-Saharan Africa, countries which are close to Ghana in 2018 HDI rank and to some extent in population size are Cameroon and Kenya, which have HDIs ranked 150 and 147 respectively.

“There is much to celebrate in the unprecedented progress Africa has achieved over the past two decades, especially in fundamentals,” says Ahunna Eziakonwa, UNDP Assistant Administrator and Regional Director for Africa. “But the goalposts are moving, and we need to ensure that people are well positioned today to get ahead tomorrow.”

However, significant challenges remain. African countries find themselves at a crossroad, facing the dual challenge of ensuring that those furthest behind make progress with the basics, while paving the way for those further ahead to keep pace with the emerging requirements of today’s world.

While poverty rates have declined in across the continent, progress has been uneven. If current trends continue, the Report asserts, nearly 9 of 10 people in extreme poverty – more than 300 million – will be in Sub-Saharan Africa in 2030. And among countries that are off track to achieve the SDGs by 2030, most are in Africa. At the same time, many African countries face low tertiary education rates and relatively limited access to broadband, thwarted in part by low digital literacy and skills.

Inequality in flux
Inequality remains very high in most African countries. According to the Inequality-Adjusted HDI accompanying the Report, the continent had the highest regional loss in human development value due to inequality. As in other regions, the unequal distribution of education, health and living standards stymied countries’ progress over the reporting period.

Despite improved gender parity in education, the Report notes, African women and girls continue to face deeply entrenched challenges to their human development progress. The continent has the world’s highest incidence of early marriage and adolescent childbirth, with 36 percent of women being married before their 18th birthday. For Ghana, out of every 100,000 live births, 319 women die from pregnancy related causes; and the adolescent birth rate is 66.6 births per 1,000 women of ages 15-19.

Ghana has a Gender Inequality Index (GII) value of 0.541, ranking it 133 out of 162 countries in the 2018 index. In comparison, Cameroon and Kenya are ranked at 140 and 134 respectively on this index. Ghana has 12.7 percent of parliamentary seats held by women, and 55.7 percent of adult women have reached at least a secondary level of education compared to 71.1 percent of their male counterparts. Female participation in the labour market is 63.6 percent compared to 71.5 for men.

The Report also underscores how the ripple effects of climate change could exacerbate inequality.

Beyond income, beyond averages, beyond today

The Report recommends policies that go beyond income and are anchored in lifespan interventions starting even before birth. Such human capital investments must continue through a person’s life, from pre-natal care, to education, to the labour market and retirement.

And it argues that taxation must be part of a broader system of policies that enhance governance, improve public expenditure management and provide alternatives to a carbon-intensive lifestyle. Averages hide what is really going on in society, says the HDR, and while they can be helpful in telling a larger story, much more detailed information is needed to create policies to tackle inequality effectively.

Looking beyond today, the Report asks how inequality may change in future, particularly through the lens of climate change and technological transformation, which are shaping human development outcomes into the next century.

“As the world changes, so do the inequalities that matter,” says UNDP’s Pedro Conceição, Director of the HDR team. “The good news is that they are not inevitable. Every society has a choice about the level and kind of inequality it is prepared to tolerate.”

Opportunities to address inequalities
Addressing inequalities in human development in the 21st century is not the same as it was before. Policymakers interested in fighting inequalities will need to take into account today’s complexities and challenges. Key among these is the impact of climate change, technology advances and the need to build the resilience of local economies.