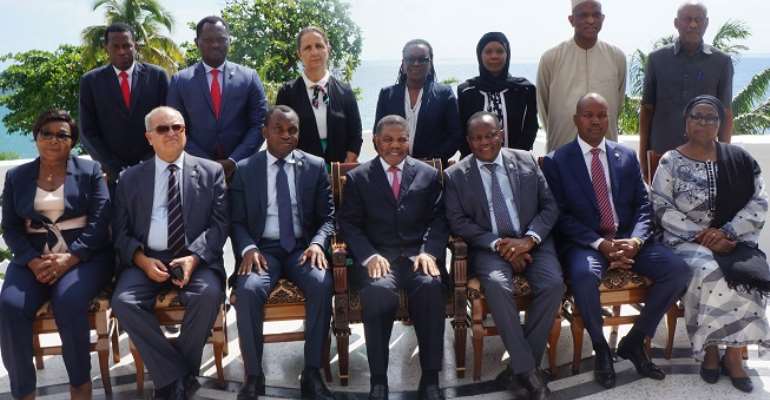 During the discussions, the President of Zanzibar, Dr Shein underscored the importance of human rights as a prerequisite for peace and stability and said that Zanzibar has attached special importance to it.

He added that there cannot be any development without peace and stability. This, he said, has resulted in enormous economic, social and political achievements on the Islands.

Dr Shein noted that: “The success has also been contributed by the independence enjoyed by the three arms of government (the Executive, Legislature and Judiciary), which complement each other in the functions of state.’’

The President of Zanzibar said “I am pleased to receive the delegation of the African Court” and assured the team of the support of the government and people of Zanzibar to ensure that the Sessions were conducted smoothly, and encouraged the Judges and staff to visit the many attractions in the country”.

Justice Oré commended the Government and People of Zanzibar for hosting the sessions and especially for its commitment to peace, unity and the protection of human rights.

He said the African Court’s decision to hold the Sessions in Zanzibar is testimony of Zanzibar’s peace and stability and affirms the latter’s commitment to respect for human rights and the dignity of the human being.

The African Continental Court is composed of eleven Judges, nationals of Member States of the African Union elected in their individual capacity.