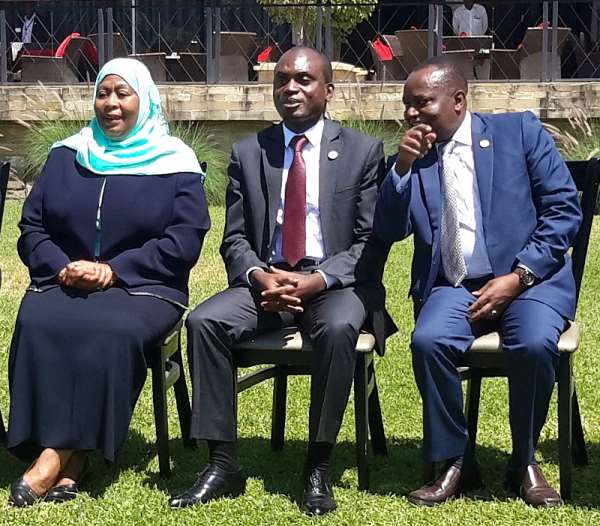 Accra, Dec. 8, CDA Consult -- The African Court on Human and Peoples’ Rights has ordered Tanzanian to pay Jibu Amir alias Mussa and Said Ally alias Mangaya; TZS350,000.00 (Tanzanan Shillings Three Hundred Fifty Thousand ) each as fair compensation for the moral prejudice they suffered from the violations as regards the denial of free legal assistance and the right to be informed of their right to counsel.

Tanzania is required to pay this amount free from tax within six months of the notification of the judgment failing which it will pay interest on arrears calculated on the basis of the applicable rate of the Central Bank of Tanzania throughout the period of delayed payment until the amount is fully paid.

The two, Jibu Amir alias Mussa and Said Ally alias Mangaya brought case before the continental court against Tanzania. The Applicants are nationals of Tanzania (the Respondent State).

The two who are currently serving a prison sentence of 30 years after being convicted of the offence of armed robbery contrary to Sections 285 and 286 of the Respondent State’s Penal Code by the District Court of Temeke at, Temeke, Dar es Salaam on February 25, 2004 brought a case against the State.

According to African Court ruling obtained by CDA Consult in Accra, the Applicants alleged that Tanzania violated their rights under Articles Article 1, 2, 3, 4, 5, 6 and 7(1)(c) and (2) of the African Charter on Human and Peoples’ Rights by pronouncing an “improper” sentence on them, failing to inform them of their right to Counsel and by denying them free legal assistance during the trial and appellate proceedings.

They thus sought reparations, particularly an order for release from prison and monetary compensation to remedy the alleged violations.

The Government of Tanzania raised series of objections to the application, but the African Court ruled that having satisfied itself that the Application compiled with all other conditions of admissibility set out in Article 56 of the Charter and Rule 40 of the Rules and found that the Application is admissible.

The African Court also considered whether Tanzania violated the Applicants’ rights under Articles 1, 2, 3, 4, 5, 6 and 7(1)(c) and (2) of the Charter by examining three issues, which it deemed to be central to the Applicants’ grievances.

Accordingly, the first issue it addressed under the right to a fair trial was whether the sentence imposed on the Applicants was illegal and thus, violated their rights under Article 7(2) of the Charter; the African Court found that the penalty for armed robbery in Tanzania is 30 years’ imprisonment.

“Therefore, the Applicants were properly sentenced and their rights were not violated in this regard,” the African Court stated.

The African Court emphasised that the interests of justice required the provision of free legal assistance as the Applicants were accused of a serious crime which carried a minimum custodial sentence of 30 years imprisonment and that they were indigent, unable to hire their own lawyers.

The African Court therefore held that the Applicants’ right under Article 7(1)(c) of the Charter was violated.

By interpreting Article 7 (1) (c) of the Charter as read together with Article 14 (3) (d) of the ICCPR, the Court found that Tanzania has violated the Applicants’ the right to be informed of their right to Counsel by failing to inform them as such prior to, or in the course of their trial and appeals.

On non-pecuniary reparations, the African Court dismissed the Applicants’ prayer that it orders their release.

The African Court held that the Applicants did not sufficiently demonstrate nor did it established that their conviction and sentencing were based on arbitrary considerations or occasioned a miscarriage of justice to the Applicants.

The African Court ordered Tanzania to submit a report on the status of implementation of the Court’s decision within six months from the date of notification of the judgment.

The Court ordered that each Party should bear its costs.