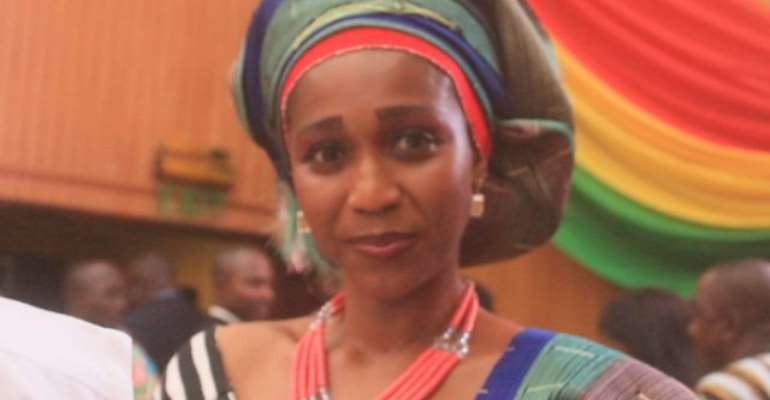 The Ministry of Works and Housing is currently exploring the possibility of establishing a National Housing Fund that will serve as a financing mechanism towards the provision of adequate affordable housing programme.

The fund, is expected to provide a dedicated source of financing and serve as a guarantee to leverage, and also off-take private sector investment and construction of affordable housing units.

A Deputy Minister of Works and Housing, Barbara Aisha Ayisi who represented the Sector Minister, Mr Samuel Atta Akyea at the opening of the 127th Board Meeting and Retreat of the Shelter Afrique, announced on Tuesday in Accra.

Shelter Afrique is the pan-African finance institution that exclusively supports the development of the housing and real estate sector in Africa.

Ms Ayisi said the Ministry was planning to push the idea of the Housing Fund through Cabinet and later before Parliament for members to discuss and adopt it so it could be established.

She said such a fund is believed to be the key to unlocking Ghana’s prospects for affordable housing, adding that many of the successful cases in the delivery of mass affordable housing programmes had been founded on the existence of a dedicated housing financing arrangement.

She was speaking on the theme: “Implementation of Institutional and Legal Frameworks: the Key to successful Affordable Housing Programmes”.

She explained that a national housing fund would also help in establishing a sustainable affordable housing supply system that meet the housing needs of Ghanaian workers, and not only the rich in society.

She said through the various partnership programmes, the Ministry intended to gradually close the two million housing deficit in Ghana within the next eight years, adding that the Ministry was currently doing some redevelopment involving housing for security services and redevelopment of other areas including Nima.

The Deputy Minister expressed the concern that rapid growth and increasing urbanisation, continued to make shelter one of the most critical challenges confronting developing countries.

She, therefore, expressed the government readiness to explore all available opportunities that would help close the huge housing gap in the country.

Mr Nghidinua Daniel, Chairperson of the Shelter Afrique Board, said the conference was to help the Board to “touch base” with key stakeholders and partners, especially the government of Ghana, which is a founding member of the Company.

He said the issue of affordable housing was not “an issue only for the government” but for all other stakeholders, and that was why Shelter Afrique, had decided to confer with key stakeholders in housing, finance and development, including members of academia, financial institutions as well as estate developers, who were already in the housing business.

“We need research and development, we need to find innovative ways of how to scale up housing and make it more affordable”.

He said already, the Company had invested a total of 55.6 million dollars into the housing sector in Ghana, some in technical training, some as loans for local banks to invest in the sector and some through partnerships with government in its provision of housing units.

Mr Ishmael Ashitey, the Greater Accra Regional Minister, in a speech read on his behalf, decried the issue of the lack of decent accommodation for workers of the country, saying that where there were even housing units, they were made so expensive beyond the means of the ordinary Ghanaian worker.

He said it was regrettable that estate developers only target those living abroad, foreigners and the high-income bracket earners, instead of permanent salaried workers in the country.

“The houses are also priced in dollars in a cedi economy out of the reach of the average worker. This may potentially create severe inequality within the society”.

It is time we took the necessary steps to correct the current trend lest all our hope of using pension benefit and cedi to secure a mortgage or house would be a mirage”, Mr Ashitey said.

Shelter Afrique partners, 44 African Governments, the African Development Bank (AfDB) and the Africa Reinsurance Company, to build strategic partnerships and offering a host of products and related services to support the efficient delivery of affordable housing and commercial real estate.