Nile states to return to US for talks on controversial dam 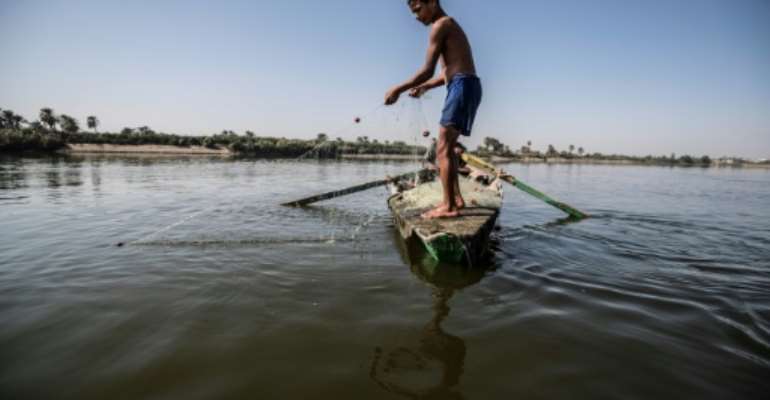 A young Egyptian fisherman pulls his net in the River Nile in a village near Minya, south of the capital Cairo. By Khaled DESOUKI (AFP)

Egypt, Ethiopia and Sudan agreed at talks in Cairo aimed at resolving a feud over a massive dam project on the Nile to reconvene next week in Washington, Egyptian authorities said Tuesday.

The irrigation ministry said the three countries would hold ministerial-level meetings on December 9 in the United States capital followed by "technical" discussions in Khartoum on December 21-22.

Their two days of meetings in Cairo were held in the presence of World Bank and US observers.

Egypt, Ethiopia and Sudan set last month in Washington a January 15 target for resolving the dispute over the construction by Addis Ababa of the Grand Ethiopian Renaissance Dam on the Nile.

US President Donald Trump has agreed to mediate at the request of Egypt, which fears that the dam would disrupt the river that provides 90 percent of its drinking water.

The Nile is a lifeline supplying both water and electricity to the 10 countries it traverses.

Analysts fear the three Nile basin countries could be drawn into a conflict if the dispute is not resolved before the dam begins operating.