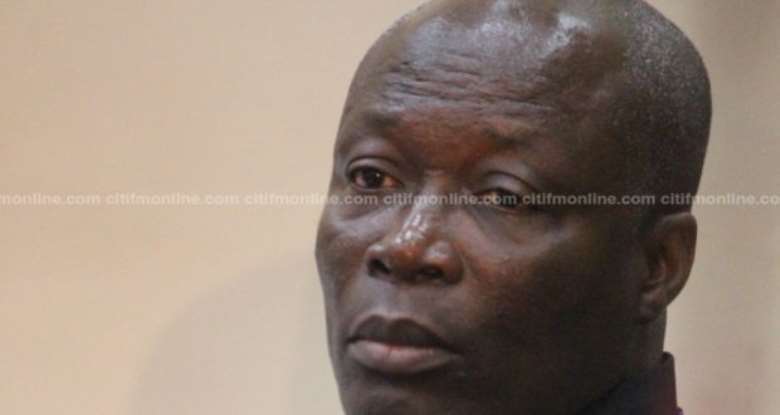 A Former Deputy Local Government Minister, Nii Lante Vanderpuye is advocating for the Bill, that will allow Metropolitan, Municipal and District Chief Executives (MMDCEs) elected, brought back to Parliament for consideration.

According to him, that Bill can be considered and a decision taken on it while future plans are made about the proposal for the elections at the district level to involve political parties.

Nii Lante Vanderpuye made the statement on the Point of View on Citi TV on Monday.

He argued that the New Patriotic Party (NPP) government was not forthright with stakeholders especially political parties at the onset of discussions on the proposed constitutional amendments regarding the election of MMDCEs.

Nii Lante Vanderpuye said the election of MMDCEs was necessary and could address the teething challenges at the local governance level without the process necessarily being championed by political parties.

He said the government was being disingenuous in the way it handled the issue.

“Government is being disingenuous in this. Government can close the chapter on the referendum and still let us come ahead and discuss the issue of Article 243(1) problem. It solves the winner takes all problem,” the former assemblyman stressed.

He added that the government must “allow Ghanaians the opportunity to elect MMDCEs” as it promised in its manifesto and “put the issue of politicization of local government aside.”

Meanwhile, a member of the legal team of the governing New Patriotic Party (NPP), Gary Nimako, said there was no way the government could proceed with the application for amendment of the two Articles due to the inability to reach a consensus especially with the opposition National Democratic Congress (NDC).

While indicating that the government had from the beginning emphasized that the election of the MMDCEs was directly tied to allowing partisan politics at the local level, a, he said he does not see the government making another attempt at seeing the bills through parliament at least until after 2020.

“We didn’t have a bipartisan consensus on the matter. Because if the NDC, am major opposition party decides that they will not come with you along the chain, to make sure that you bring it to fruition, it will be a political suicide to proceed on that tangent to go and do it… [The two amendments were] a double barrel gun, it is together. I think it is now off the front burner,” he said.

On Monday, Parliament approved the withdrawal of the bills intended to amend Articles 243(1) and 55(3) of the Constitution that bother on the election of Metropolitan Municipal and District Chief Executives (MMDCEs) and making local level elections partisan.

The withdrawal follows an announcement by President Akufo-Addo on Sunday calling for the cancellation of processes to amend the two constitutional provisions over some major controversies surrounding the amendment process that included a scheduled December 17 referendum.

The New Patriotic Party (NPP) government commenced processes to have that changed as it promised in its 2016 manifesto to take away the powers of the President to appoint MMDCEs and make it possible to have been elected by universal adult suffrage.

But the process was hit with a major blow when the opposition, National Democratic Congress (NDC) as well as other stakeholders started advocating for a 'NO' vote in the referendum.

Gov’t to set up 5-member committee to lead extensive stakeho...
51 minutes ago