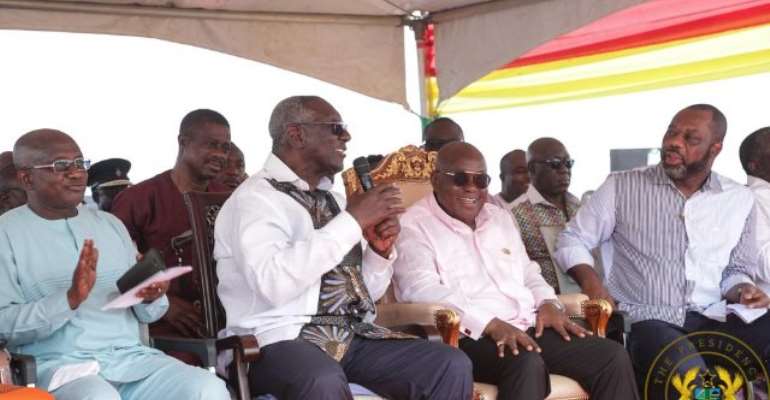 The Government is planning to construct a Vocational Senior High School at Dabaa in the Ashanti Region which would be named after Former President John Agyekum Kufuor, the Ashanti Regional Minister Simon Osei-Mensah has disclosed.

The school, expected to be commissioned and handed over to the Government before 2020, would be called John Agyekum Kufuor Vocational Senior High School.

The decision to name the school after the former President, according to the Minister, was part of efforts by the government to duly honor the immense contribution of the former president to improve the quality of education in the country.

He described John Agyekum Kufuor as a true statesman and one who served his country with dignity, and that, it was important for his name to be protected and in the history books of the country forever,” Simon Osei-Mensah told Kwame Tutu on Anopa Nkomo on Accra-based Kingdom FM 107.7

President Akufo-Addo said that “additionally, 20 state-of-the-art TVET centres, like the one to be constructed here at Dabaa, are being established across the country to make Ghana a world-class centre for skills development, and a leading country in TVET delivery in Africa.”

“We want to emphasize the importance of TVET, and eliminate the misconception that technical and vocational education is inferior and patronized only by less endowed students.”

Mr. Simon Osei-Mensah expressed worry that some residents of Dabaa, often made unreasonable demands from the Government and followed up with bad utterances and demonstrations whenever their demands were not met.

The project is expected to be completed in ten (10) months, the President commended the Ministry of Education for this admirable gesture of constructing and naming the school after the former President in his hometown of Dabaa.