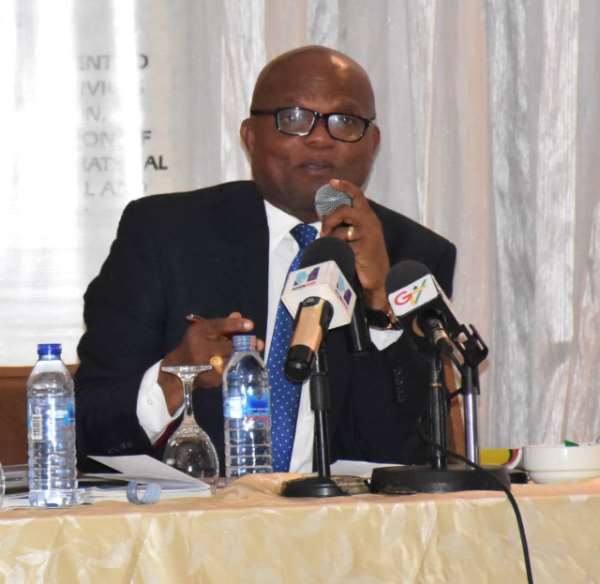 Head of the Local Government Service, Dr. Nana Ato Arthur, has chided section of Ghanaians as hypocrites for the u-turn threatening to vote 'No' despite early massive calls to go ahead with the referendum.

According to him, it was surprising and shocking because section of Ghanaians had previously agreed to support to 17th December referendum.

"Some Ghanaians are hypocrite to have campaigned for 'No' because previously they supported the decision to conduct the referendum. why the sudden u-turn?,” Dr. Nana Ato Arthur told Kwame Tutu on Anopa Nkomo on Accra-based Kingdom FM 107.7

President Nana Addo Dankwa Akufo-Addo canceled the much talked about referendum which was supposed to be held on the 17th of this month.

In his address to the nation on Sunday, December 1, 2019, the President stated that his government will work to attain a broad national consensus on the referendum because it is as important as the amendment of an entrenched provision of the Constitution, is critical.

Dr. Nana Ato Arthur pointed out that the election of the MMDCEs would have ensured that those voted into power are accountable to the people within the district instead of the government in power.

He described the action of some Ghanaians as “nothing else but an unpatriotic betrayal of the Ghanaian people.”

The referendum was to amend the constitution to give electorates the power to elect directly their own Metropolitan, Municipal and District Chief Executives.

Avoid greed, dishonesty and hypocrisy in galamsey fight – As...
44 minutes ago