Why Must A Pastor Depend On A Bodyguard If He Believes In God? 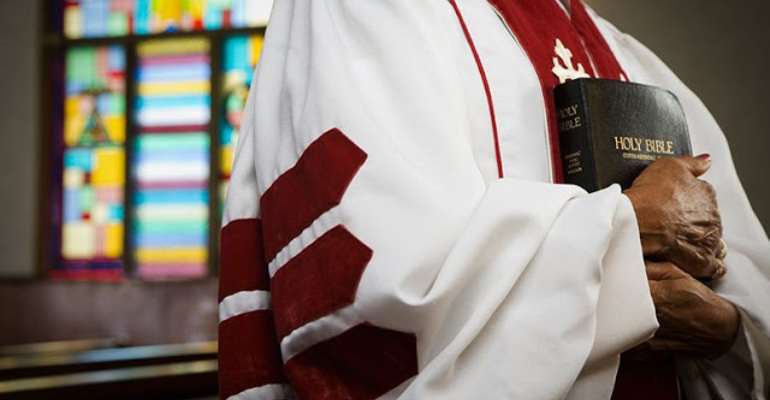 Worldwide, many operate church as a lucrative business

Worldwide, on each working day, or Sundays, the Gospel preachers put on classic suits and with the Holy Bible, they urge the congregation to transfer a specific amount of money into the church for God’s work, with the assurance that they will receive blessings and God's protection.

However, you will be surprised to know the number of pastors who are now depending on bodyguards for protection because they are so rich that they think their wealth will attract intruders, thieves, and armed robbers into their house or face the assassin's bullet.

This sounds somehow impossible or like a fairy tale but it’s true some pastors around the globe, including Africa, are using bodyguards to protect them, instead of depending on God’s deliverance or protection, yet, they assure the congregation that: “with God all things are possible.”

The pastors who often called money ‘the seed,’ give assurance to the congregation that if they plant the seed, the whole amount will return to them, of course, multiplied, something like a kind of contribution to their faith or to their future.

Families are going through a difficult period, instead of being helped, pastors rob off all their money with biblical quotations, such as Ecclesiastes 11:1 - "Cast thy bread upon the waters: for thou shalt find it after many days.”

Mothers sit in churches throughout Ghana, without work, they pray till dawn, asking for a breakthrough and miracles from God.

But in life, you can never progress if you are not productive, even the Bible says: “if you don't work, you don't eat,” so why should you waste your precious time praying for a miracle if you are inactive?

While the Saviour Jesus Christ and his apostles travel days through the wilderness and villages, preaching the word of God on foot, many of today’s pastors, some millionaires or billionaires, need private jets to effectively preach the gospel.

In some of the pastors’ garage, are BMW, Bentley, Mercedes-Benz, Ferrari, Lamborghini, and other luxurious expensive cars. Many of them have private jets. The congregations see all of them, including their bodyguards, yet, they give all their treasures and properties to those so-called men of God. 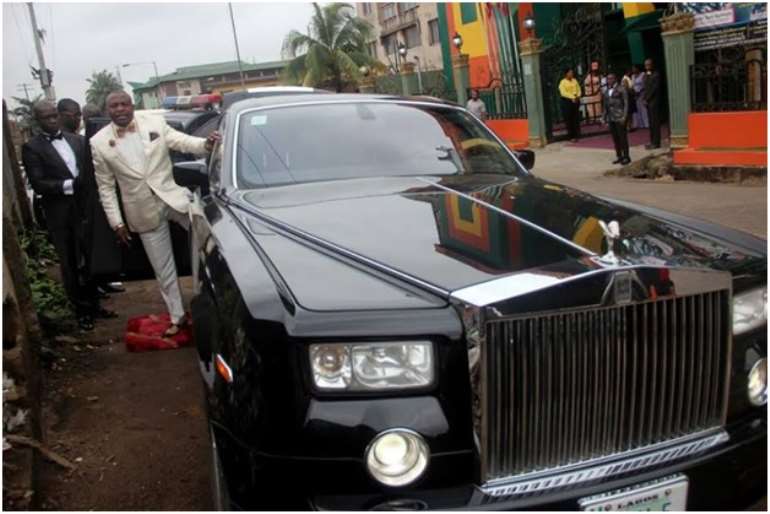 A Rolls Royce, which belongs to a Nigerian pastor

If God has given power to any pastor as a financial deliverer, why they don’t use that power to eliminate poverty but rather taking money from the desperate psychologically scarred victims of pain and suffering?

Just as too much religion has brought so much confusion, many of the pastors have now gone astray, teaching false doctrines and stealing from the poor.

1 John 2:6 reads: “Whoever says he abides in him ought to walk in the same way in which he walked,” and 1 Peter 2:21, also says that: “For to this you have been called, because Christ also suffered for you, leaving you an example, so that you might follow in his steps.” 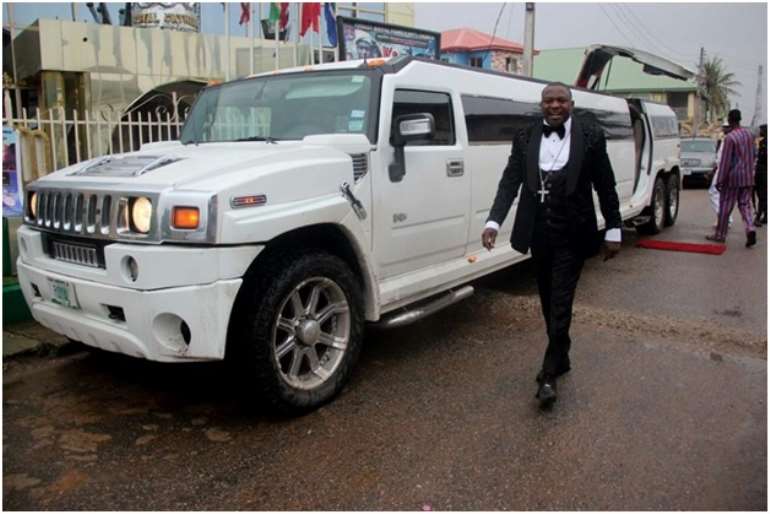 Men of God driving some of the world's most expensive cars

Yet, careful observation can give you an insight into the demonic activities of many churches under false pastors. This is enough to know that such preachers have sold the souls of the congregation for the prosperity of the Gospel but their mind is tuned and weak to leave such churches.

Until the arrival of Jesus Christ, the number of false pastors will increase and many in search of salvation at the wrong place will end up in spiritual enslavement houses, many are known as churches today.