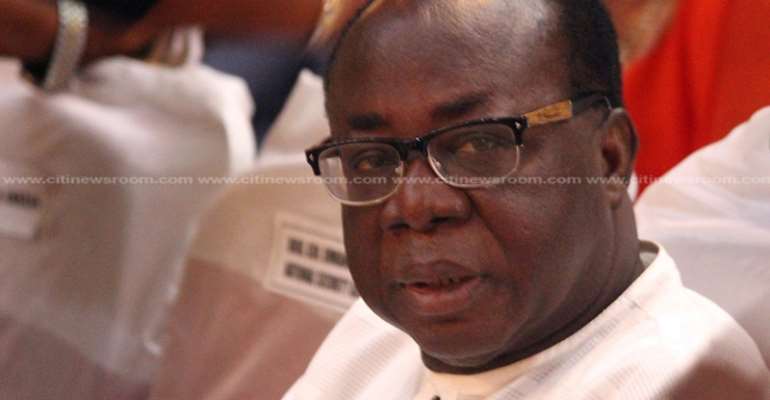 The National Chairman of the New Patriotic Party (NPP), Freddie Blay, says he is surprised at the sudden position taken by the opposition National Democratic Congress (NDC) over the referendum on an amendment of the law to allow political parties to participate in the District level elections.

He insisted that citizens needed to have the final say.

“All over the world choice is for the people; for people to vote for their leadership, those who should serve them, those who should lead them. The President said I want you to vote for your leaders, from the local level to wherever. It beats my imagination that people will say they don't want it.”

The NDC has been urging Ghanaians to vote against the proposed amendment, which was a major promise of the current government.

The opposition party said the amendment would open governance at the local level to partisan polarisation.

A member of the NDC's analysis committee on the referendum and former Attorney General, Marietta Brew-Appiah Oppong, further argued that the proposal has not been well thought out.

A successful amendment of Article 55 (3) for example will mean political parties will be able to sponsor candidates for election to District Assemblies or Lower Local Government Units.

At the moment, the law, in Article 243 (1) of the 1992 Constitution, says District Chief Executives for every Metropolitan, Municipal and District are to be appointed by the President with the prior approval of not less than two-thirds majority of members of the assembly present and voting at the meeting.

There have been longstanding concerns over the lack of sensitisation ahead of the referendum with a recent Afrobarometer survey noting that over 50 percent of Ghanaians say they are not aware of the upcoming referendum slated for December 17, 2019.

The survey also noted that a significant proportion of Ghanaians are either not likely to vote in the referendum or “don't know” whether or not they will vote.