Victims of Bouaké airstrikes still wait for justice, 15 years after 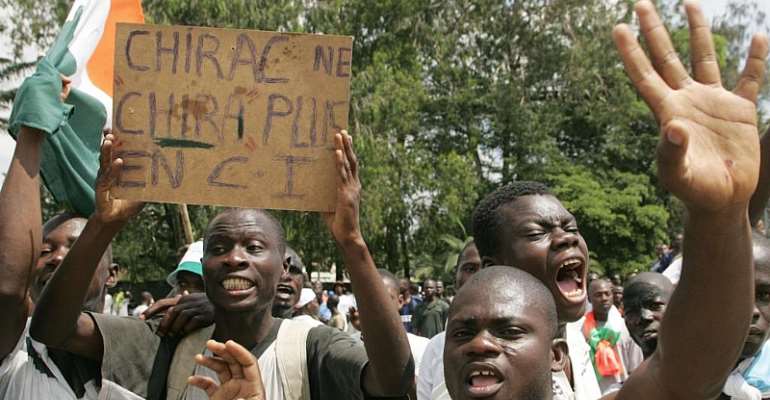 Fifteen years after Ivorian jets bombed a French military airbase in Cote d'Ivoire, the families of the victims are still seeking justice.

Nine French troops and an American tourist were killed and 30 other soldiers wounded in the controversial bombing of a French air force base in the central Ivorian city of Bouaké on 6 November, 2004 by Ivorian Air Force jets.

Then Ivorian President Laurent Gbagbo who had ordered troops to re-take several cities controlled by French-backed rebels claimed the attack on the 4,000-strong French Licorne Operation was unintentional, but Paris insisted it was deliberate.

The airstrikes inflicted the heaviest casualties suffered by the French military, since the suicide bombing of the Drakkar base in Beirut in 1983.

French President at the time, Jacques Chirac, immediately retaliated by ordering the destruction of the two Sukhoi-25 fighter aircraft and five MI-24 ground attack helicopters that made up the entire Ivorian air force.

The bombing sparked a popular uprising against French interests in the West African country.

This as thousands of pro-Gbagbo youths took to the streets of the capital Abidjan, looting French-owned businesses and terrorising some 15,000 French expatriates living in the country.

FrançAfrique plot? The incidents and the resulting crisis culminated in the overthrow of Laurent Gbagbo by French-backed northern-based rebels and to the accession of power to current President Alassane Ouattara.

But 15 years on, dark spots remain on Chirac's management of the crisis.

“They knew from the first day that Laurent Gbagbo had nothing to do with the airstrikes,” says Paris-based lawyer Jean Balan, who is representing 23 of the victims and their families.

But he claims that Paris still allowed the two pilots in a group of 15 Russian, Belarus and Ukrainian “mercenaries”, working for Côte d'Ivoire air force, to leave the country.

“We tried (the judges and myself), over the past 15 years to find out who gave the order, but our work was made almost impossible some political forces in France”, Maître Balan said.

“People who had the powers to get to the bottom of the assassination didn't help the judiciary”, the lawyer stated, wondering why some “ministers in the Chirac government were so determined to sabotage the inquiry for fifteen years.”

Jean Balan says it is ludicrous to see that the French judiciary has ruled out any plans to investigate three French government officials who managed the crisis: Michele Alliot-Marie, defense minister, her colleague in charge of the interior, Dominique de Villepin and then foreign minister Michel Barnier.

As a Paris court prepares a hearing on the case filed against the Belarusian pilots on March 17 2020, Barrister Jean Balan says the affair is far from over.