UN to allocate $8 mln in aid for Nigerian refugees 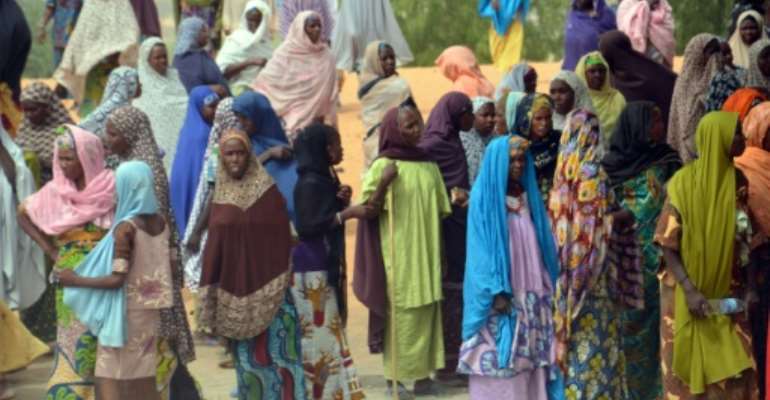 Around 41,000 have fled northwestern Nigeria in the wake of attacks blamed on armed gangs. By BOUREIMA HAMA (AFP/File)

The United Nations on Wednesday said it would allocate $8 million to support more than 40,000 refugees who have fled violence in Nigeria to neighbouring Niger.

Thousands have left northwest Nigeria since May as violence and attacks blamed on armed gangs have escalated.

The surge in kidnappings, killings and sexual violence in the area is not known to be linked to Boko Haram's Islamist insurgency, which is concentrated in northeast Nigeria.

The emergency aid, released by the UN's Central Emergency Response Fund (CERF), will be used for shelter and food for the refugees who have settled in Niger's southern region of Maradi, the UN said in a statement.

Since 2018, Niger has strengthened its border surveillance with Nigeria to quell the violence that also affects the Mardi region.

"Armed bandits" in Niger kidnap for ransom, attack traders and raid cattle they bring to Nigeria, according to Nigeria's Interior Minister Mohamed Bazoum.

Authorities in Maradi said between January 1 and August 31 2019, more than 30 people were killed and 34 were wounded in 81 attacks by the "armed bandits". Another 92 people were kidnapped and 3,000 cattle were taken by the assailants.

Some of the kidnapped people were released after ransom payments and others were released during military operations, a security source told AFP.

In December 2018, 10 soldiers -- five Nigerians and five Nigeriens -- were killed in a joint operation along the border, Niger's army said, adding eleven attackers were neutralised.

Niger is home to 450,000 refugees -- Nigerians, Malians and Burkinabe -- and internally displaced people, driven out by jihadist violence or armed gangs, according to the UN.