...Says Sanitation Defaulters Are Enemies Of State
By Jerry Needam 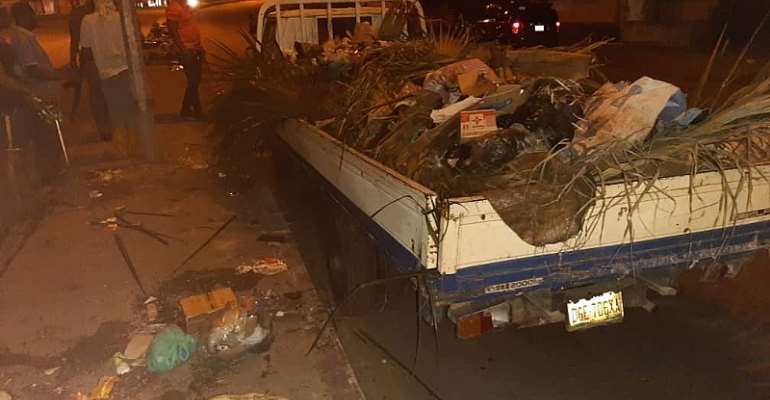 Nemesis has caught up with the driver of an open truck who alongside others, are bent on frustrating the genuine efforts of the Rivers State Waste Management Agency (RIWAMA) at making the environment clean for residents and those doing business in the State.

This follows the arrest of a driver of an open truck and another caught dumping waste on the median along NTA Road, Mgbuoba, Port Harcourt by the Sole Administrator of the Agency, Bro. Felix Obuah, during his routine early morning monitoring exercise of Port Harcourt, the State capital and its environs, Friday, November 01, 2019.

Bro. Obuah who made the disclosure through a statement by his Special Adviser on Media and Publicity, Jerry Needam said his team intercepted an open truck with all manner of wastes discharging the wastes on the median of the road in the early hours of today, Friday, November 1, 2019, and promptly arrested the them.

Condemning the action, the Sole Administrator informed the public that some unscrupulous persons whom he described as enemies of the State, have formed the habit of indiscriminately dumping all manner of wastes which include but not limited to solid waste, building waste, chemical waste etc on the median and in unauthorized places after Service Providers have finished their job.

Bro. Obuah, who disclosed that the culprits will be prosecuted to serve as deterrent to others, again warned all those living and doing business in the State against dumping of refuse at unauthorized places and outside the approved dumping hours of 6 pm to 12 midnight, stressing that anyone caught will be arrested and prosecuted.

The RIWAMA boss again noted that residents and those doing business in Port Harcourt, the State capital and its environs have no excuse to dump refuse indiscriminately as receptacles have been strategically positioned close to business and residential places.

He appealed to Rivers people and all those living and doing business in the State to join hands with the State Government to keep Port Harcourt the State capital and its environs clean at all times.