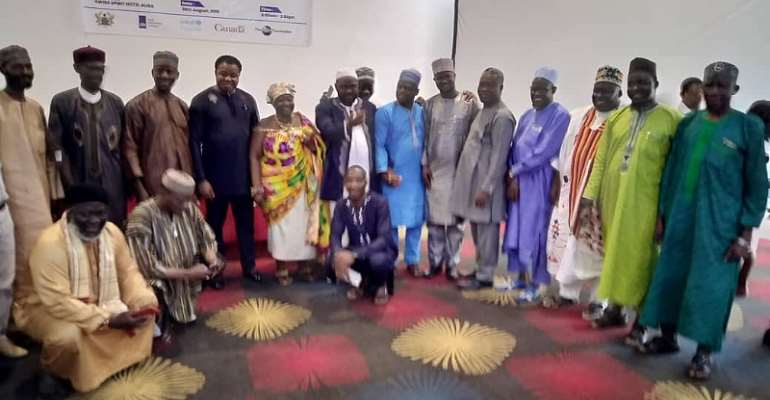 At a recent Inter-Faith conference at Alisa Hotel in Accra, The Founder of Silicon Valley Ghana Dr. Thomas Kwame Owusu Mensah stressed that he wants STEM Education to be expanded in Zongo Communities. In Ghana.

This is their path as future leaders in their communities to be competitive world wide in technology and to bring development to their communities which they know very well. He cited the example his friend Mae Jemison; the First Black Female Astronaut who came out of some obscure place in Alabama to graduate in Chemical Engineering in her first degree and obtained MD at Cornell University before becoming a US Astronaut.

STEM Education opened up all those doors for her and by studying STEM subjects, Zongo Community children will be able to take advantage of opportunities that come their way. The Inter Faith Conference was organized by the Lighthouse Foundation and its President; Sheikh Ali Naperen, Dr Mensah’s friend who invited him to serve as one of the Keynote Speakers. The Christian Pastors including George Amoh of the Peace Council and Queen Mothers expressed willingness to work together to uplift children in the Zongo Communities. The Speakers emphasized the need to discourage child marriages that derails careers of Children.

Programs for improved Sanitation and Economic Development were discussed. The Imam Abdul Kareem was recognized for building 25,000 Toilet Facilities and houses in these communities. Dr.

Mensah has been impressed by Sheikh Ali’s training Program for Women Entrepreneurs in the North who receive free sowing machines from him after graduation so that they can provide for their kids. He has also established a school to train youngsters in the Zongo Community.

Other Speakers at the function included; representatives from USAID, Water Aide and UNICEF who discussed issues of power supply, roads and water availability in those communities. The Light Foundation must be commended for organizing this Inter Faith Conference according to Dr. Mensah. He will be traveling to the North to address and inspire the Zongo Children with the Light Foundation Founder soon.