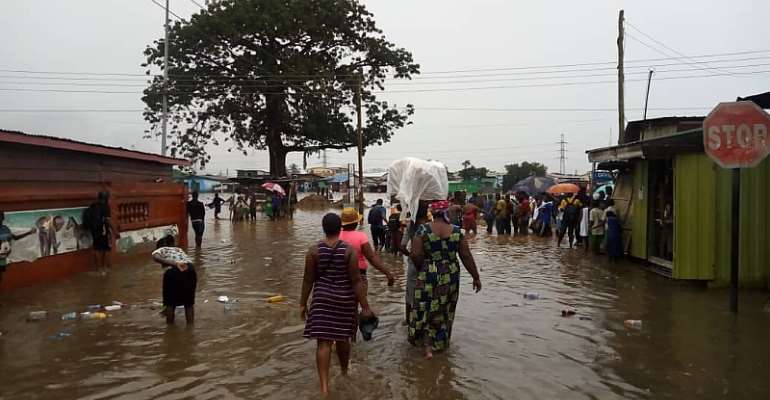 The Chairman of the Defence and Interior Committee of Parliament, Seth Acheampong, wants the National Disaster Management Organization (NADMO) to start acting swiftly to emergency calls from flood victims.

The Mpraeso legislator said NADMO must live up to its mandate and ensure that it provides the needed assistance to persons who are victims of disasters, especially flooding.

The onset of rains in October has left many places flooded as many families have lost properties as a result.

Some persons have also been confirmed dead as a result of flooding-related incidents.

Casualties have been reported in the Greater Accra, Upper East and the Ashanti Regions with many calling on NADMO to assist them keep up as their belongings have been destroyed.

A downpour on Monday caused heavy traffic on the Accra-Tema motorway as floodwaters took over the road, particularly the Accra-bound section.

The legislator said, “I urge NADMO to come to the aid of members who suffer as a result of the downpour which we witnessed on Monday…It affected properties, some homes had their fence crashed. It was not a pleasant sight,” he said.

NADMO has often not been able to meet the demands of flood victims in the country indicating that it is under-resourced.

It took a number of days for NADMO to mobilize relief items to be dispatched from Accra to displaced persons in the Upper East region.

Meanwhile, the Ghana Meteorological Agency has given an indication that more rains are expected in the country. Although it admits that this is not a major rainy season, GMet said it was normal to sometimes have heavy rains in the minor rainy season.