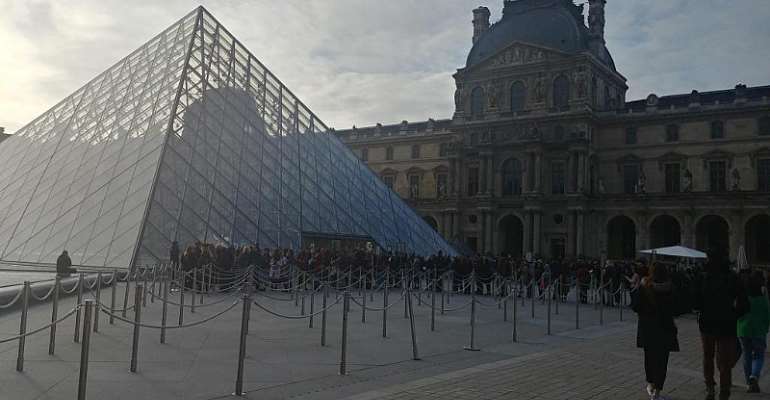 The annual International Heritage Fair at the Louvre museum in Paris, which was held from October 24 to October 27, showcased new techniques that are helping protect and conserve cultural legacies worldwide.

A steam train is leaving one of the platforms while elsewhere, people are either waiting or strolling in the station. The most striking elements in this 360 degree scene are the spectacular arches and the roof of the station.This is how the Orsay railway station in Paris looked like a hundred years ago.

The scene is a part of the immersive virtual reality experience on the history and evolution of the Musee d'Orsay building which was showcased at the International Heritage Fair.

This VR experience is one of the digital technologies developed by the French company Art, Graphique & Patrimoine that were on display at the exhibition. The company also showcased its expertise in 3D digitalisation of historical monuments.

Julie Barraud of AGP said that 3D digitalisation of monuments is useful to produce scientific documents and plans for restoration and research. She also said that the company uses drones and laser scanners to create 3D models with millimetric and sub millmetric precision which enables an accurate diagnosis of the structure.

Another exhibitor, Paris-based startup Iconem, is using Artificial Intelligence and with high quality imaging equipment for heritage conservation. Iconem founder Yves Ubelmann said the company wants to create a digital encyclopedia of cultural sites all over the world.

"We are working in 30 countries including those at war like Iraq, Syria, Afghanistan. Using drones, cameras and AI, we create 3D digital replicas of monuments at archaeological sites and work with architects to keep the site preserved," he said.

"We are also developing experiences and exhibitions based on this 3D data," he said.

On the use of AI, Ubelmann said that for creating the records of the sites they take hundreds of thousands of photographs. "We have an algorithm that enables automatic recognition between these pictures. We are able to resconstruct a scene in 3D using a technique called point clouds," he said.

There were other technologies on display in the exhibition like the one developed by the Strasbourg-based company Entreprise pour la Conservation du Patrimoine or ECP. It has developed a device that uses electro osmosis to keep the walls of a structure dry.

Jose Soares of ECP said the device, which can be plugged into a building's electricity supply, modifies the surface tension of the water on the floor to ensure it doesn't come up into the walls.

He said their technology has been used in the Hermitage museum in the Russian city of St Petersburg.