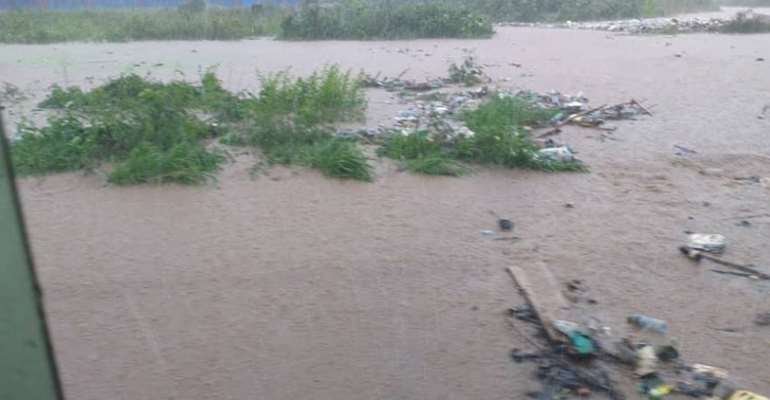 The Bureau of Public Safety (BPS) says the flooding incident on the Tema Motorway after Monday's rainfall is as a result of human settlements along the motorway.

BPS said until such activities are stopped, the motorway is likely to see more of such floods.

Dr. Charles Akayuli, the Technical Advocate responsible for Geospatial at BPS in a Citi News interview noted that in the past, rainwater was able to easily seep into the ground and flow out but due to the many developments along the motorway that does not happen.

“We have a lot of developments taking place along the motorway. At the time of such projects, when it rains, some of the water seeps into the ground, some flow away and also evaporates but now, what seeps into the ground is no longer seeping. Human activities along that stretch must cease.”

The floodwaters on the motorway caused massive gridlock on both the Accra and Tema-bound sides of the highway, as drivers were compelled to remain in traffic for hours.

A number of vehicles also broke down as their drivers attempted to go through the water on the road which was at window level for some of the smaller cars.

The Ghana Police Service, in a post on its official Facebook page, urged the drivers to take extra precaution as they ply the stretch.

The road which has been in the limelight recently for all the bad reasons was expected to receive major rehabilitation works in the first quarter of 2019.

The project was expected to include a five-lane dual carriageway with six interchanges, including three new ones at Community 18, Teshie Link and Dzorwulu, and the remodelling of others.