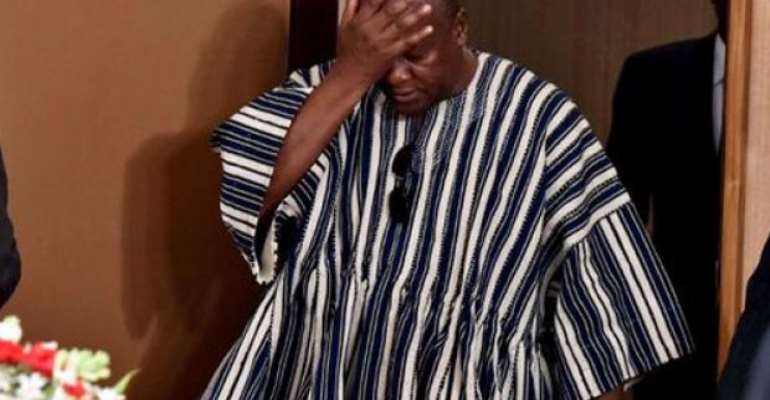 According to him, the former's president’s seat has already been considered as expired in the realms of the spirit.

Speaking on Okay FM's ‘Ade Akye Abia‘ Morning Show, Owusu Bempah insisted that in the spiritual realm the seat for the next president of Ghana does not bear the name of Mr Mahama.

“In all honesty, in the realm of the spirit, our former President John Dramani Mahama's seat is non-existent. I am not saying this to discourage the NDC but I am telling them the truth that the existing seats remaining for the next Presidents in the world to use are all there. After Nana Akufo-Addo, the seat for the next person to be President of Ghana is there and his name is attached to the seat and this is how it is in the whole world. There are a lot of seats of governments with names attached to them in the realms of the spirit and former President Mahama's seat is not among those who are next to rule their respective countries,” he claimed.

He, however, indicated that though there are other seats in the spiritual realm, they are that of former presidents. He further revealed that these seats are locked up and heavily guarded by angels of God.

“But there are other seats in a locked room in the realm of the spirit and these are that of former heads of states which the angels of God are keeping under lock and key. You can find former President Nkrumah's seat, Busia's seat is under lock; that of Rawlings, Kufuor are all locked up and these seats bearing the names of these ex-presidents, can never come back to rule this country again….and that is where you will find Mahama's seat. The seats bearing the names of these former president’s have been turned upside down meaning it is impossible for them to head this country again”, he added.

Interestingly, Rev. Owusu Bempah disclosed that the seats bearing the names of people that are to rule in their respective countries again, includes that of President Akufo-Addo.

“….he [Mahama] cannot become President again and when i say this, some NDC members then rain insults on me for telling them the truth. He is wasting his time and if it will be possible, they should support President Akufo-Addo and the NPP with prayers so that Nana Akufo-Addo will be able to accomplish all the developmental projects he has started”, he stressed.