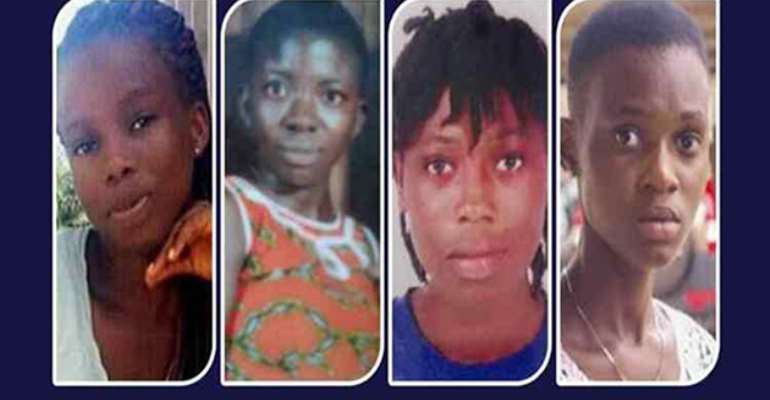 Criminal Investigation Department (CID) boss Maame Tiwa Addo Danquah says, the CID will not release the remains to the parents of the three Takoradi dead girls demanding for an independent DNA test.

According to her, they were denied on basis that they haven’t proclaimed ownership.

Parents of the girls in Accra met the authorities of the CID. They arrived without Mr. Kuranshie, who had conceded to the results.

The CID Boss in a brief with journalists, said they had come on the invitation of the Inspector General of Police (IGP). “The IGP sent for them that there’s a DNA that matches their children."

She noted that the CID is unable to hand the remains to them. “The man said the remains not his child, so why should we give it him.”

The CID boss indicated that, Mr. Kuranchie’s absence means he’s accepted the results of the DNA test and that arrangement is been made for further actions.

Inspector-General of Police, (IGP), James Oppong-Boanuh, announced at a press briefing that a DNA test conducted on the four human remains discovered around a house once occupied by the suspected kidnapper proved that the girls were indeed dead,

One family has said they have no qualms with the findings, whiles three families of the victims have rejected the outcome and called for an independent probe.