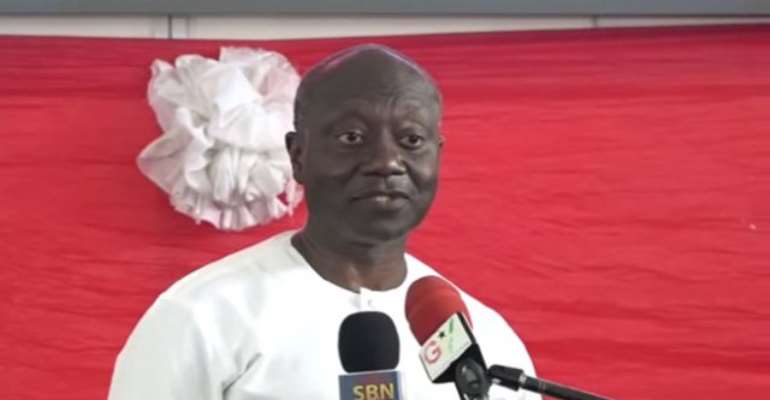 Outspoken lawyer, Prof Stephen Kwaku Asare says the events that culminated in the termination of the power concession agreement between Ghana government and Power Distribution Services (PDS) are telling of the ineptitude of state officials involved.

While some are celebrating the termination of the agreement as a victory for Ghana’s sovereignty, Prof Asare said it is instead “unprecedented incompetence.”

The Deputy Energy Minister said at a press conference Wednesday that the PDS deal was not in the interest of the Ghanaian people.

The Nana Akufo-Addo government, he said took “a very bold step without capitulating to the pressures of a very big friend like the US.”

The US government had given Ghana a deadline to sign an agreement with an electricity distribution company, Power Distributions Services (PDS).

But even before the October 31st deadline, the government announced it had terminated its concession agreement with PDS following its failure to prove its financial capacity to manage ECG.

The U.S. government, after expressing regret at government’s “unwarranted” decision has said Ghana is set to lose out on $190 million as part of the Millennium Challenge Corporation (MCC) compact with the government.

The money is part of US support to help Ghana resolve debt-ridden energy sector which from time to time triggers power-cuts.

Prof Asare offered his own explanation of the contentious PDS saga: “This unprecedented incompetence or witchcraft is now being celebrated as a victory for sovereignty, even though our one eye is on the balance that is left from the $500M.”

“We committed to initiate a private-sector led reform of the energy sector in exchange for $500 million from USA under its millennium challenge program. Due to either incompetence or witchcraft, we managed to sign the most hopeless contract with PDS after paying millions to Jo Australia, Al Koot and others.

“We had no choice but to cancel the fraudulent contract.

“The USA, insisting on our adherence to timelines, withdraws $190M, a tranche of the $500M.

“This unprecedented incompetence or witchcraft is now being celebrated as a victory for sovereignty, even though our one eye is on the balance that is left from the $500M,” he wrote on Facebook.

FixingTheCountry Movement to march in support of Akufo-Addo'...
57 minutes ago