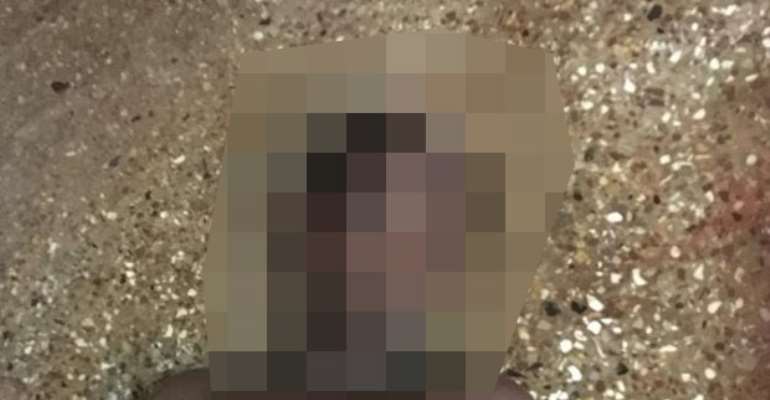 Corpse of the accident victim

Regional Road Traffic and Transport Department (RMTTD) of the Ghana Police Service, in Tema, is investigating a fatal accident case along the Tema-Accra motorway, involving a woman.

The yet to be identified woman, aged about 22, was reportedly knocked down by a vehicle just after the Lashibi-Adjei Kojo underbridge, near Ashaiman.

According to a statement signed by Assistant Commissioner of Police (ACP) Joseph Owusu Bempah, Commander of the RMTTD in Tema, copied to DAILY GUIDE, stated that on October 20, 2019 at about 8:30am, the woman who is dark in complexion, about 5.2ft tall, short black hair, round nose and was wearing light green blouse over a pair of orange coloured jeans trousers, was knocked down by a VW Passat saloon car, with registration number GC 3902 Z, being driven by one Pratt Gaddiel Acquaah.

He explained that the accident which occurred on the section of the motorway left the lady with injuries; and was rushed to the Tema General Hospital.

However, the commander noted that she was pronounced dead on arrival and her body was deposited at the aforementioned Hospital's morgue, pending identification and autopsy.

The police are therefore appealing to the general public to contact the Tema Regional MTTD of Ghana Police Service for identification and collection of body.