Dumsor Not Coming Back Despite Terminating PDS Deal –Oppong Nkrumah 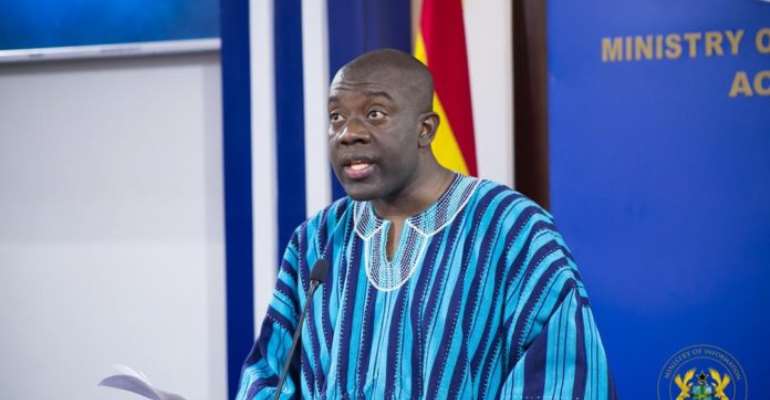 The Information Minister, Hon. Kojo Oppong Nkrumah has indicated to Ghanaians that the erratic power supply popularly known as dumsor, will not return under President Akufo-Addo led after abrogating the agreement with the Millennium Challenge Corporation (MCC).

According to him, President Akufo-Addo this administration has the men who understand the energy sector better and will manage it financially and technically to prevent the 5-year long ‘dumsor’ Ghanaians encountered under Mr. Mahama.

Speaking in an interview with Lawyer Ohene Gyan on ‘Pae Mu Ka’ on Kingdom FM 107.7, Kofi Akpaloo, Kojo Oppong Nkrumah“ said “I want to assure Ghanaians we have put strict measures in place to ensure there is no dumsor despite terminating the PDS deal,”‘

He stressed, there is no reason for panic because President Akufo-Addo government has what it takes to ensure that dumsor does not return despite the termination of the PDS deal.

He noted that the Akufo-Addo-led government has laid down pragmatic steps that have reduced electricity bills and still on course to make it more affordable.

He said all these make the president a wonderful person and urged anybody who will claim Dumsor will be back after the termination of the PDS deal.

Background
The Government of Ghana has terminated the Concession Agreement with the Power Distribution Services (PDS) Limited over the take-over of the assets of the Electricity Company of Ghana (ECG) for distribution of electricity in the southern sector of the country.

The move was necessitated by a forensic audit conducted by the Millennium Challenge Corporation (MCC) and Government of Ghana’s investigations into the issuance of Demand Guarantees for the Concession Transaction, which revealed that the Payment Security for the Transaction was invalid.

The investigations re-affirmed the earlier report that there was no approval by Competent Signatories to the Demand Guarantees issued by Al-Koot in Qatar, therefore, the Transaction lacked the required authorization and approval of the Company.