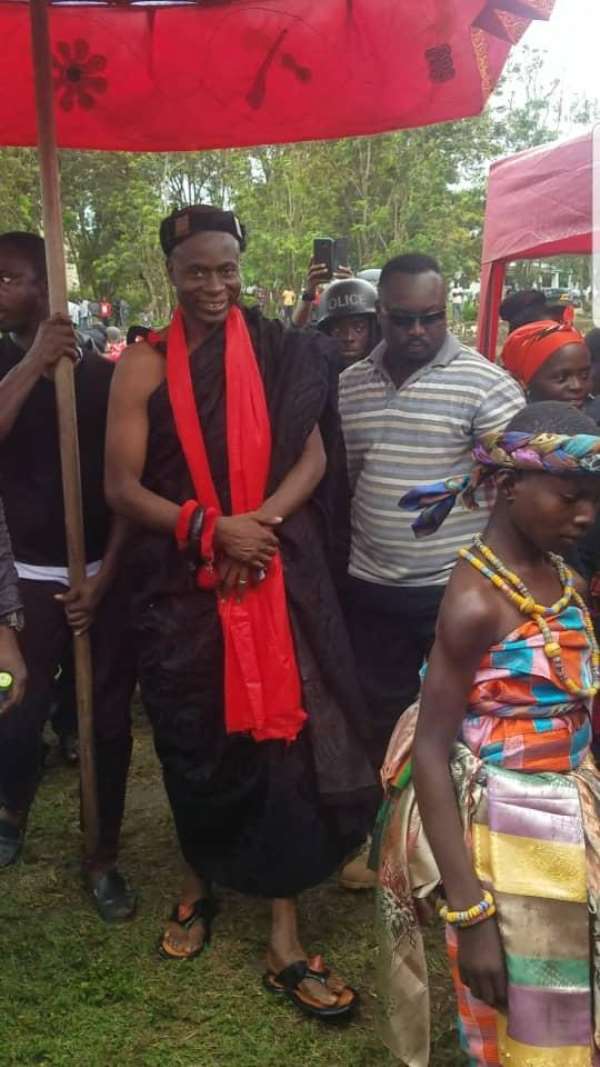 The new Chief of Kakumdo, a community under Oguaa Traditional Area in the Central Region, Nana Kofi Ebo IV has said the time has come for the people of Kakumdo to take the lead in their own development while calling on the government to support them.

He is also the ‘Gyasehene’ of the Oguaa Traditional Council.

Speaking after his installation in a colourful ceremony last week at Kakumdo in the Cape Coast Metropolis, Nana Kofi Ebo IV noted that he was ready to lead the development agenda of the area and appealed to the people to make conscious efforts to promote peace and unity in the area.

“There have been gaps in our development.
We must be reminded that no meaningful development can take place if there is no unity among the people; we can only develop when we are united,” he emphasised.

Nana Kofi Ebo’s Installation came after numerous attempts that spanned over sixteen years by the people of Kakumdo.

He has pig farms, poultry farms and grows a variety of crops.

Nana Kofi Ebo again called on the people to let his instalment bring the unity they desired in the area and for them to fight the common enemy of ‘poverty’ which had engulfed the people, mostly peasant farmers.

As part of his vision, the Chief said he would ensure that Kakumdo as a community is provided with good roads, health centres, educational infrastructure and potable water.

To champion this cause, Nana Kofi Ebo IV pledged that he and his people would collaborate with the government and other agencies to speed up development.

Ɔsaberema Kwasi Atta II, Omanhene of Oguaa Traditional Council preached unity among the people of Kakumdo and the new chief.

He admonished them to always eschew violence, backbiting and think together as one people with a common destiny.