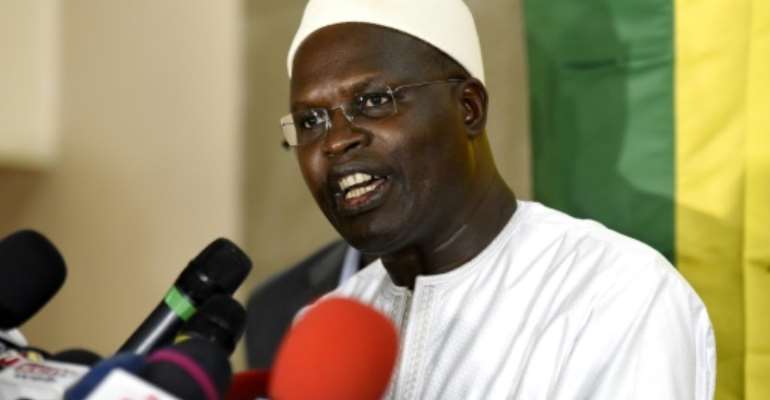 Ex-mayor of Dakar Khalifa Sall was released from prison three weeks ago. By SEYLLOU (AFP)

The former mayor of Dakar, Khalifa Sall, said Monday he was "determined" to pursue his "commitment to politics", three weeks after being released from prison thanks to a presidential pardon.

President Macky Sall last month pardoned his former political rival, who had been sentenced for fraudulent use of public funds and had been in jail since March 2017.

"I return to you even more determined," Khalifa Sall, no relation of the president, told several hundred members of his party, as well as journalists in the Senegalese capital.

The 63-year-old was elected to parliament in 2017 but never got the chance to take his seat.

A popular politician, he has always believed that the case brought against him was a political move to prevent him from standing in this year's presidential election against Macky Sall, who has been in power since 2012. That claim is denied by officials.

On Monday, referring to his "ordeal of deprivation and sacrifice", Sall said he had "new energy" and would "pursue my commitment to politics."

But even though he has been pardoned, Sall's conviction is not erased, which in principle does not allow him to recover his civil rights, including the right to stand for election.