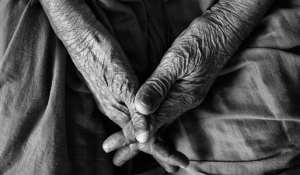 Ghanaian nationals in South Africa have appealed to the government of Ghana to consider introducing Older Person’s Grant (OPG) to cater for old people with no any means of financial income as is being done in other countries.

According to them, the OPG will help combat poverty and inequality as well as reduce the burden on their families.

Some angry Ghanaian nationals living in South Africa who spoke to this reporter, Obidombie Nana Akua Sarfowaa stated that if the government fails to heed to their appeal they will advise their families not to participate in any election again.

“What is the essence of voting? There is no political will and commitment to increase public social protection expenditures. We are risking our lives here because the Ghana government is not committed to support the aged and there is no job in our country. Though the condition here is not easy but as a foreigner I go to hospital free, when I give birth is free,” one angry woman stated.

“Sometimes life is unbearable for us here but we don’t have choice so we are appealing to the government to give our grandparents grant and increase the Persons with Disabilities (PWDs) to reduce our burden. Even if all these things are being provided in Ghana I would not have traveled,” another person added.

They are therefore appealing to Ghana’s High Commission in South Africa to put in place measures to make it easy for them to seek asylum.

South Africa among other countries has introduced a social pension for older persons. The Older Person’s Grant (OPG) is an income tested grant provided to people above 60 years of age whether you were a government worker or not .

The social protection system has played a crucial role in combatting poverty and inequality.