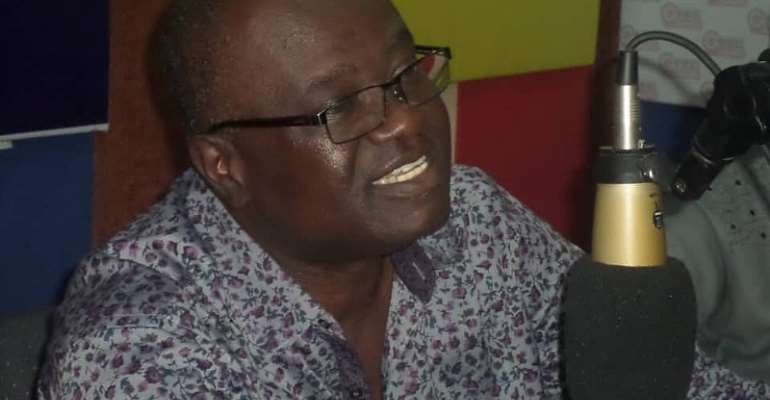 The Member of Parliament for Mampong in the Ashanti Region Hon. Kwaku Ampratwum-Sarpong has declared that he does not support any plans to let him go unopposed since he believes he has the brightest chance re-training the seat.

According to Hon. Ampratwum-Sarpong who is also the Vice Chairman of the Parliamentary Select Committee on Foreign Affairs he’s not afraid of any contest and he does not see the need for the hue and cry by some section of the youths in the constituency accusing the regional chairman Mr. Bernard Antwi Boasiako of declaring him unopposed.

Hon. Kwaku Ampratwum-Sarpong was speaking on Otecfm’s political show programme ‘Dwabrem’ on Thursday October 17, 2019 to demystify claims by the youth that he has no hands in any plans to make him go unopposed because he is ever ready for any contest irrespective of the contender.

He insisted,” I want a contest because I won’t start from ground zero. I have created jobs for over four-hundred and forty delegates directly out of the six hundred delegates. I have solid relations with all the delegates so I am not afraid of any contest.”

Asked about his relations with the DCE of the area, Hon. Thomas Appiah-Kubi, Hon. Kwaku Ampratwum-Sarpong conceded that there was a bad blood between them that worsened to the extent that the President, Nana Akuffo-Addo became aware of the issue.

Hon. Kwaku Ampratwum-Sarpong however noted that upon reflections, he realized the need to smoke peace pipe with the District Chief Executive since the unity of the party was paramount to any individual interest.

“The relationship was very bad until recently but we have buried the hatchet. We are best of friends at the moment and when we informed the President of the development, he became excited. I am doing everything to bring peace and development to the area,” he told the programme’s host to Agya Owusu Ansah.

Hon. Kwaku Ampratwum-Sarpong further commended the President for not neglecting the people of Mampong as far as development is concerned, adding that the community could also boast of major government infrastructure.

He recounted that the constituency could boast of major town roads facelift at Mampong, One District One factory maize processing facility and construction of Kofiase-Mampong road constructions.