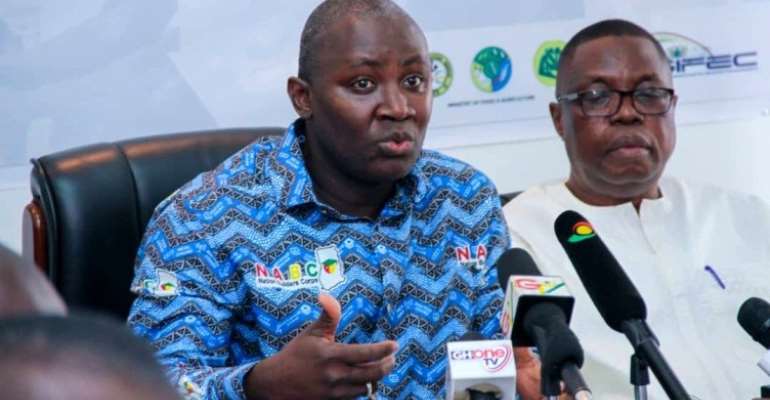 Unemployment in Ghana has always been a major burden of successive governments. For decades, it has taken a greater toll on the growth and development of the country. It is widely recognized as a key index of labour market performance. As a closely watched economic indicator, the unemployment rate attracts a great deal of attention, especially during tough economic times. Why does the rate of unemployment matter? This is because when persons are unemployed, it affects the individual, families and the country as a whole loses.

The criteria for being considered unemployed are rigorous and well-defined. For example, actively looking for work includes such measures as; contacting prospective employers, attending job interviews, visiting an employment agency, sending out resumes, responding to job advertisements and so on. Therefore, this excludes passive methods of job search such as attending a training course or scanning the job advertisements in newspapers.

Ghana as a country is faced with high rate of unemployment especially with regard to graduate unemployment. The country produces huge number of graduates from the various tertiary institutions, both public and private, to compete for little or no job opportunities made available by both government and the private sectors. Successive governments have tried to provide remedies and/or interventions to curb this unpleasant situation which has led to most graduates staying idle after their tertiary education and thus denying them the avenues to contribute their quota to the nation’s development. This challenge which has become like a canker in our country is really not making the nation benefit fully from the knowledge, skills and abilities of the youth after their graduation from the various tertiary institutions.

In an attempt to help solve this mass graduate unemployment in the country, the current government introduced a job creation initiative called the Nation Builders Corps (NABCO) which is aimed at providing jobs for some 100,000 graduates in order to help reduce the mass graduate unemployment in the country. The scheme has seven modules currently operationalized as: Heal Ghana, Educate Ghana, Civic Ghana, Feed Ghana, Revenue Ghana, Digitize Ghana and Enterprise Ghana.

It is exactly one year since the existence of NABCO. Despite the challenges or difficulties, the program has come this far as a result of government’s dedication and efforts in addressing the unemployment issues confronting the country over the years. Centre for Policy Development (CPD) has assessed the initiative since the day of its commencement, taking a look at its achievement, strength, opportunities associated with it as well as its short falls and finally give some recommendations for the betterment of this laudable job creation initiative which has come to stay.

To begin with, there is no denying the fact that NABCO has come to help address the issue of graduate unemployment. The objective of the program is to help boost production and service delivery in both public and private sectors hence contributing to the development of the country. This initiative has served as a platform for young graduates to showcase the skills and knowledge acquired during their tertiary education. The NABCO initiative has created avenues for jobs as well as absorbed unemployed graduates in the fields of health, agriculture, education, technology just to mention a few.

Secondly, the program is also serving as a spring board for these young graduates to gain experience to compete very effectively on the labour market which could give them an upper hand over fresh graduates from the tertiary institutions. According to the program, it is supposed to engage it’s trainees for a period of 3 years which would give them the opportunity to gain more experience as well as confidence to work anywhere after their exit from the program. Based on the experience gained, CPD believes that after this period of engagement from the program, individual graduates who were employed by NABCO should be able to start up their own businesses where these businesses would also create new job avenues for people who are also unemployed which in the long run would help reduce both graduate and general unemployment situation in the country.

It is very obvious in Ghana that most employers would prefer to employ experienced people into their establishments rather than fresh graduates. NABCO in one way or the other is serving as a training ground for fresh graduates who are on the program which CPD is of the view that it’s a great opportunity for them to gain experience.

The Centre for Policy Development (CPD); a research policy and advocacy institution, is keen to take a look at NABCO, one (1) year on as a job creation initiative. The arrival of this initiative which was widely accepted by most citizens has immensely come to deal with a greater part of the issue of unemployment in the country.

It is evident that this program faced some challenges at its initial stage of implementation. Some of these challenges were that some trainees had not been posted to any institution and these trainees were receiving the stipulated stipend at the end of every month. Based on the complaints from un-posted trainees and the general public, CPD commends NABCO for having responded to the cry of the masses by posting most of the trainees to institutions.

Another challenge which has been resolved is the accumulated stipends of trainees who are on the program. The managers of this initiative have paid most arrears of trainees which CPD commends the government for that.

CPD also commends NABCO for pulling out all those trainees that were on this program and at the same time on other government schemes of employment.

NABCO is celebrating its one year anniversary and this celebration has seen various districts in the country taking measures to meaningfully give back to society; from clinic renovation to donations to the disabled and the less privileged amongst others.

Regardless of how this program is fairing in the eyes of Ghanaians, CPD believes it is contributing to solving the issue of graduate unemployment, increasing the labour force of the country, reducing the dependency ratio of the youth and most importantly equipping trainees with valuable working skills and experience to better train and shape them to fit in the corporate world.

Whether NABCO has come to stay is not the question to brood upon, but how to make it right and effective to better the unemployment situation in the country. Below are some recommendations CPD will like to put forward.

The one (1) year anniversary will mark the first career fair to be organized. As NABCO is poised to help trainees to gain retention in current role or employment elsewhere, self-employment and entrepreneurship, career-focused further learning including vocational training like the online learning platform - the NABCO Skills and Talent Academy, which will expose trainees to in-depth content that address the gaps in their work readiness skills in employer sought after areas such as soft skills and digital skills. We believe that should the career fair be organized frequently and the target audience expanded it will be very beneficial for all under the wing of the initiative.

The NABCO program has a monitoring and evaluation wing which CPD believes has not been working effectively. This wing was created with the intention of monitoring how trainees are faring at their workplaces, whether or not they are gaining the needed training and experience which was one of the main objectives of the initiative, to name a few. This we believe is a very important aspect of NABCO and it should be looked at properly.

Though work has been done on placing most NABCO trainees in various institutions by regularizing the times these trainees receive their stipends and paying arrears to most trainees, there are still some trainees who have some outstanding issues. CPD calls on the NABCO to effectively work to clear such outstanding issues and provide permanent solutions to them.

Checks by CPD reveal some of the district coordinators are acting on issues that affect the trainees directly or indirectly without the involvement of trainees whose consent should have been sought. We believe involving the trainees in such decisions will help them contribute to having a better outcome on issues that arises.

Also checks have revealed that the channel for complaint is being underutilized. It was revealed that some trainees are not clear with processes they need to go through, others claimed that they don’t receive feedbacks while some say the feedback delays. We believe if the complaint channel processes are properly explained and the feedback speed increases, it will go a long way to help trainees to go through the proper channels and procedures to communicate their grievances and views to the management in charge.

CPD commends NABCO for signing an MOU with the Ghana-India Kofi Annan Centre for Excellence in ICT which aims to boost talent and skills development of trainees as part of its exit plan. We urge NABCO and its implementing partner (Kofi Annan Ghana-India Centre of Excellence in ICT) to execute it in a way to make it easily assessable to all trainees.

We are therefore calling on all to support the program and also calling on government to continue to give the program the needed support and protection it deserves to succeed forever.

LET’S ALL SUPPORT NABCO TO SUCCEED!!