NDC Has Nothing Good For You – NPP National Women’s Organizer 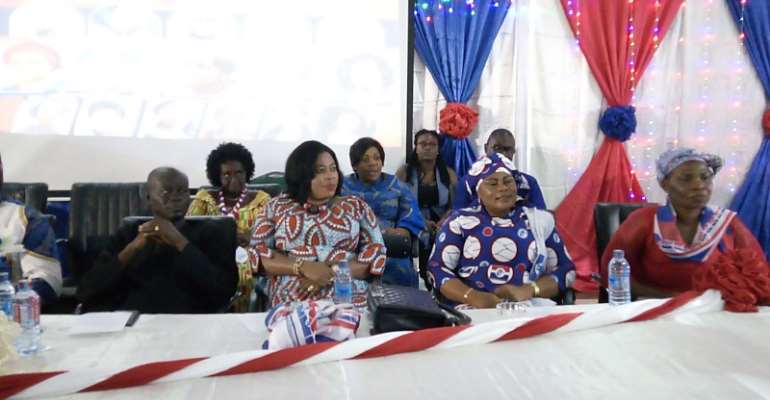 The National Women’s Organizer for the ruling New Patriotic Party (NPP), Kate Gyamfua has told Ghanaians not to give the opposition National Democratic Congress (NDC) a chance to rule the country.

According to her, the NDC has nothing good to offer Ghanaians hence her call.

She explained that the policies introduced by the NPP under President Nana Akufo-Addo are enough to win them the 2020 seat again.

“The New Patriotic Party has done enough to win the 2020 general elections and policies such as the Free Senior High School policy, the 1D1F among others are but a few policies introduced by this NPP administration,” she said.

Speaking to Citi News at the Regional Women’s Conference in the Central Region under the theme 'Energizing women', the NPP Women’s Organizer charged the women’s wing of the party to propagate the good policies of the NPP administration.

“I want to charge you women to stand up and be counted. This is because women play key roles in the governance of this country,” Kate Gyamfua said.

“God listened to our prayers in 2000 and brought former President John Agyekum Kuffuor who introduced the National Health Insurance Scheme which we are all enjoying today. And President Akufo-Addo is following suit. This is the government we must all vote for to continue the good work,” she stated.

“The Mahama administration is saying they built schools, hospitals and constructed roads but all these things they are boasting of are basic necessities that every government must do so and it is not a social intervention policy,” she added.

At the end of the conference, the Central Regional Women’s Organizer, Madam Charlotte Adjoa Antwi was honoured by the executives of the party for her dedication and hard work towards mobilizing women in the party and being at the forefront of women leadership in the region.