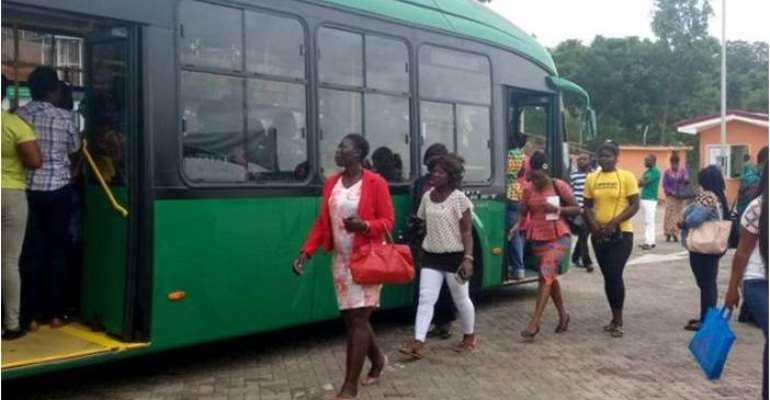 The Accra Metropolitan Assembly (AMA) says it will release more Aayalolo buses on the city's roads and discourage the use of single-occupancy vehicles into the city.

This is according to the Chief Executive of the Accra Metropolitan Assembly, Mohammed Adjei Sowah.

According to Mr. Adjei Sowah, this will help reduce the vehicular traffic congestion within the metropolis.

Road traffic jams in the city have become a matter of particular concern as many within the working brackets spend more time in vehicular traffic than is expected.

A senior lecturer at the Kwame Nkrumah University of Science and Technology (KNUST) School of Business, Dr Jonathan Annan in 2017 revealed that Ghana was losing millions of cedis worth of productive hours annually due to traffic congestion, estimating that road traffic congestion cost about 8.21% of Ghana's GDP.

President Nana Akufo-Addo in delivering the 2018 State of the Nation Address in Parliament mentioned traffic jams and overcrowding as one of two challenges within Ghana’s urban space that is making Accra “unattractive”.

The President said, “traffic jams and overcrowding are making our capital unattractive. There are certain inconveniences the people adjust to but traffic jams are not one of them. We are spending too much time stuck in traffic, it is unproductive, it is unhealthy and it's expensive. I fear that one of these days one more car will join the madness on the roads in Accra and our city will be in complete gridlock,” the president said.

As a way of addressing the problem, the MCE believes that with more people using the Aayalolo buses, the road space will be freed and there will be less traffic in the city.

“We have relaunched the Aayalolo bus system and it is working. Out of the 180 buses that we have, we've deployed close of 100 at the moment and by the end of the year, we will deploy all the 180 buses on the road so that the single-occupancy vehicle that occupies about 60%-70% of the road space will reduce to have more buses that can commute people to the city center,” he said.

FixingTheCountry Movement to march in support of Akufo-Addo'...
14 minutes ago