Why Kennedy Agyapong may well have to battle Kevin Taylor on his own turf! 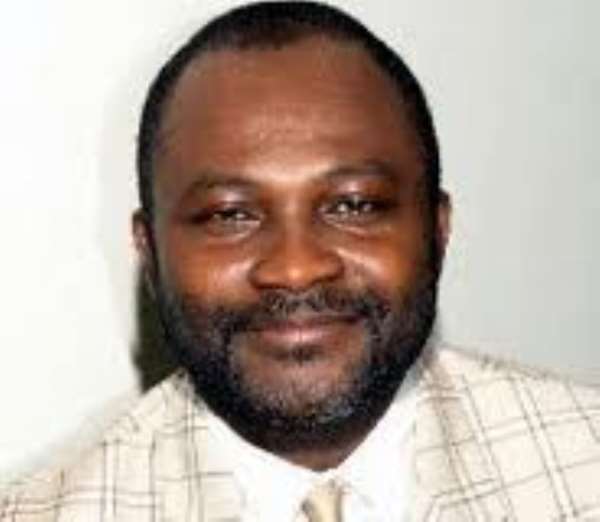 I decided not to wade into the ongoing tussle between the valiant Policy Maker, the Honourable Kennedy Agyapong and the zestfully enthusiastic social media critic of the NPP administration, Kevin Taylor. But I am afraid, dearest reader, I cannot keep my silence any longer.

Somehow, the vociferous social media commentator, Kevin Taylor, has found it convenient to level series of wild allegations against the incumbent NPP government and its appointees without a shred of incontrovertible proof.

Shockingly, the stubbornly impenitent social media critic, Kevin Taylor, all of a sudden, has turned into a murder detective, who is bizarrely claiming to have unobjectionable evidence which suggests that the Honourable Kennedy Agyapong callously murdered his colleague, the late JB Danquah (May His Soul Rest in Peace). How pathetic?

Given the seriousness of the allegations, some of us, in fact, are extremely besotted as to how and why the investigators of the murder case, have not taken the necessary steps to get the effervescent ‘whistle blower’, Kevin Taylor, to assist with the investigations.

In the interim, I hereby urge the Government of Ghana, as a matter of urgency, to get the self-styled social media murder detective, Kevin Taylor, to furnish the murder investigators with further and better particulars on the seemingly sensational allegations.

Until such a time, some of us, as a matter of principle, cannot throw away our thinking caps and buy into the wild allegations being thrown about by the obstreperous social media murder detective, Kevin Taylor.

As it stands now, we can confidently conclude that the social media enthusiast, Kevin Taylor’s wild claims are destitute with honesty and integrity, and must therefore be treated with the contempt they deserve by all well-meaning Ghanaians.

In fact, after a carefully considered deliberation on the unmeasured pronouncements by the boisterous social media critic, Kevin Taylor, I would like to conclude that he is rather seeking to disturb public peace with his nauseatingly ugly insinuations and aspersions.

Although the right to freedom of opinion and expression stretches to queer and unpopular ideas and statements which “shock, offend or disturb”, a number of human rights treaties, conventions and declarations, including the two of the three instruments comprising the International Bill of Human Rights (International Covenant on Civil and Political Rights and the Universal Declaration of Human Rights), obligate states to prohibit all forms of hate speech.

And more so hate speech – the advocacy of hatred based on nationality, race, tribe or religion – occupies an exceptional position in international law.

It must, therefore, be noted that free speech does not give the right to individuals to say or write whatever they want, whenever they like, without permitted abridgement.

The fact however remains that freedom of opinion and expression may be subject to restrictions, but these shall only be such as are provided by law and are necessary: “For respect of the rights or reputations of others; for the protection of national security or of public order (order public), or of public health or morals”.

As a matter of fact and record, freedoms are restricted in the public interest on grounds of national security, to preserve public order, to protect public health, to maintain moral standards, to secure due recognition and respect for the rights and freedoms of others or to meet the just requirements of the general welfare of a democratic society.

As a matter of fact, freedom of opinion and expression is not absolute and must of necessity be subject to limitations on the above lines. And more so the right of free speech and expression does not extend to sedition, slander, defamation and obscenity.

Strictly stating, freedom of opinion and expression is not an absolute right in national and international jurisprudence. In fact, this right, like others, may be restricted to protect and balance other rights and interests.

However, it is the complexion and the degree of these restrictions that is often contended in the extant human rights and security jurisprudence.

The right holder, however, has to be cognisant of the duty and obligations which are encapsulated in the international human rights instruments.

In a grand scheme of things, the Honourable Kennedy Agyapong may well have to have a day with the social media obdurate tattletale, Kevin Taylor, in the law court.

Although the Honourable Kennedy Agyapong may not be the quintessential investigative journalist, some of us, as a matter of integrity, will rather stand with him through thick and thin for spilling the beans time and time again on the most scandalous deals which could have sunk Ghana deeper and deeper into the mire.

Police hunt for five members of kidnap syndicate in Savannah...
38 minutes ago