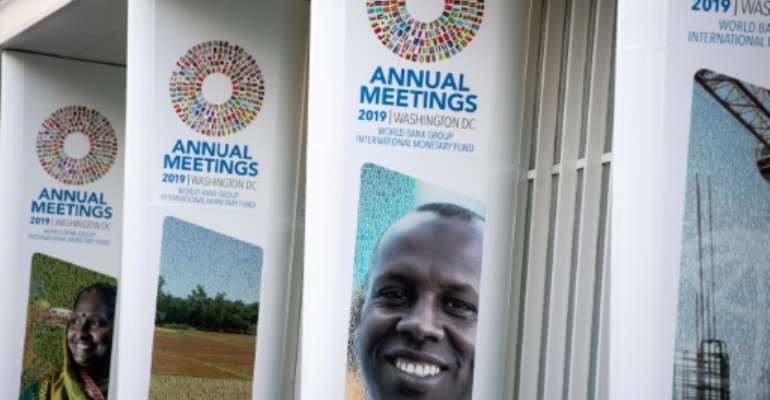 Lending by China to developing countries, including those in Sub-Saharan Africa is becoming a growing concern, the IMF warns. By SAUL LOEB (AFP)

Rising debt levels in Africa pose an increasing risk to the region's economies, especially with increasing borrowing from China, the International Monetary Fund cautioned on Wednesday.

China's lending to developing countries, especially those that produce key natural resources, has been a rising source of concern among economists and policymakers, like World Bank President David Malpass who has called for more transparency on the amounts and conditions.

IMF analysis shows "more than a dozen countries that are either in distress or at high risk of debt distress," said Evan Papageorgiou, of the IMF's Monetary and Capital Markets Department.

"In a lot of low-income countries, particularly a lot of Sub-Saharan African countries, the issue of debt is becoming more and more pressing," he told reporters.

The IMF released its Global Financial Stability Report that again flags concerns about high levels of borrowing from China, which is not part of the Paris Club of creditors, which have common terms on how to handle countries that get into trouble.

"Non-Paris Club creditors, including China, have become the dominant source of official bilateral credit for many low-income developing countries," the report said.

Those creditors "should consider the benefits of adopting sustainable lending rules."

This also is a concern because many of those loans do not show up in government budgets because they go to state-owned enterprises, and therefore are not accounted for in the country's debt statistics, the IMF said.

Tobias Adrian, head of IMF Monetary and Capital Markets Department, said capital flows to Africa are important means of financing development but have to be "dealt with in a responsible manner."