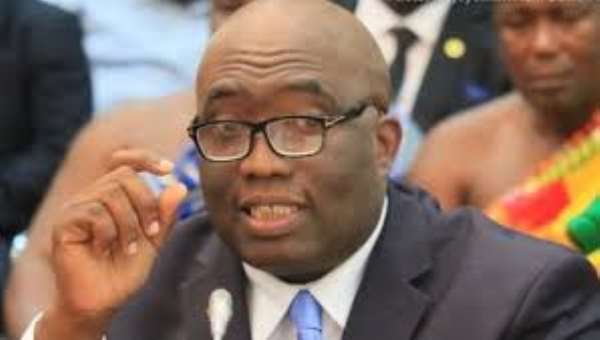 The President of the Republic of Ghana, Nana Addo Dankwa Akufo-Addo's government, has made it clear, his intention to eradicate corruption from his party.

It is very amazing to realize that there is a missing link in the awards of contracts on Railway development in Ghana allegedly awarded by the sector minister who has allegedly failed to adhere to best practices in contract procurement governance.

Documents sighted during the course of our investigations, which is still ongoing, reveal that the minister allegedly had no Cabinet approval for a mouth-watering contract thus raising eyebrows.

Besides, those contracts did not have both Parliament and Procurement Authority's approval as well as the necessary approval from the Central Tender Board.

It will interest readers to know that the minister allegedly did not opt for proper due diligence on the credibility of some of the expatriate Chinese companies mentioned in these breaches.

Some of them with evidence, have been barred by the World Bank for fraud and corruption.

A lawyer who does not follow due process, and proper procedure, will most likely put Ghana in Judgment debt scenario eventually.

We came across various letters and contracts signed by the minister, which are mind-boggling.

The minister has already been reported to the powers that be, by a petitioner, Aciusa, who is said to have been given a raw deal in the bidding for the Accra- Kumasi rail-way redevelopment otherwise known as the Eastern rail line.

In their petition to the office of the President and nine (9) other top government agencies, Aciusa shocked and devastated, described the alleged conduct of the minister as a mathematical Tetrahedron.

In geometry, a tetrahedron (plural, tetrahedra) is a polyhedron composed of four( 4) triangular faces, three of which meet at each vertex.

From our sources therefore, the convoluted sleight of hand of the top echelons of the Railway development sector, coupled with the alleged dodgy behaviour of the sector minister in this regard, perfectly fits the description of tetrahedronness ascribed to him, unless proven otherwise.

But Minister Fights Back
The petition (Aciusa’s) has been referred to a Sub-committee of Cabinet for advice.

China Civil Engineering Construction Corporation (CCECC) have no interest and are not part of any process relating to the Eastern Line.

All the documents have been submitted to the office of the Senior Minister who is chairing the process.

I have given their petition to the Cabinet Sub-Committee since I don’t want to be accused of being a judge in my own cause.

Cabinet Sub-Committee
But even then I was not a member of the evaluation committee but it is the Cabinet Sub- committee who will judge their work and advise accordingly.

I am sure you are sharing it with them but I have no problem with that. Is it Aciusa who came to see me with Sir John?

Please ask Aciusa whether they, came with Sir John to, see me?

I have not seen any problem with their work. What I have seen rather is that all the companies except African Rail, submitted their tariffs and it was part of the bid that was opened. After everyone’s bid was opened, African Rail submitted its tariffs 2(two) days later. A lot of experts have said they should be disqualified and should have been disqualified but I leave that to the Cabinet Sub-Committee to advise.

What do I want on this earth?. I am satisfied with the little I have.

I have a strong sense of what I am doing. As I tell everyone including Aciusa, I am not constructing a building. We are constructing something that will last hundred years and over. So every decision by my Ministry will be subject to all necessary approvals including Cabinet and Parliament.

According to the Minister, the Ministry has not received or solicited any loan from CCECC or any other company.

He was emphatic that that might have been the basis for our initial allegation against him.

Continuing, he pointed out that the Ministry does not solicit money from companies to run its affairs.

GRCL
When a limited liability company, viz Ghana Railway Company Limited (GRCL) enters into an agreement with its main customer, how can that be the Ministry? He asked plaintively.

The preferred bidder (company) was always part of the bid process. They submitted all the documents; appeared before an evaluation team together with the other companies at Ministry of Finance. So it is not possible to smuggle in a company at this stage. He made clear with all smugness.

I have picked signals this will be an issue next week. I am ready for it. I shall sue where appropriate.

Ken Agyapong is only brave on NET2 TV but actually a coward ...
6 minutes ago