Prof. Gyampo Should Stop Begging the Question on His Sexual Harassment Charges 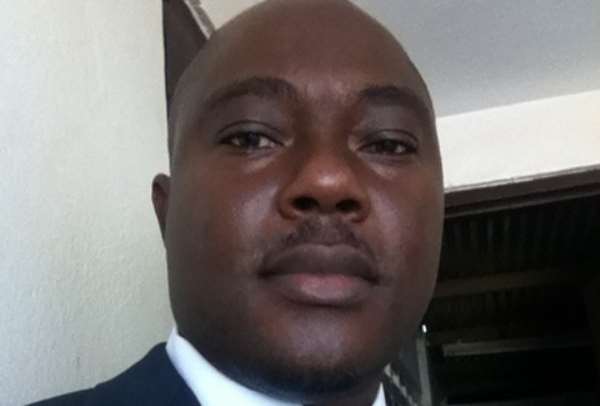 He needs to be answering the real, critical question of whether he has, indeed, engaged in any or some kind of unwanted sexual advances of the sort alleged by BBC’s Africa Eye investigative sting operation team, instead of lamely and comically fuming over what he claims to be the dastardly attempt by some elements in government to tarnish his image and hard-won reputation, in a bid to silencing him from incessantly lambasting what Prof. Ransford Edward Yaw Gyampo claims to be its legion shortcomings (See “ ‘I Didn’t Touch Her; Sit Up or You’re Useless’ – Gyampo to BBC as He Threatens to Sue” Classfmonline.com / Ghanaweb.com 10/8/19). He does not use these exact words, at least not in the version of the afore-referenced news report. At any rate, the Legon political scientist would be scandalously unwise to suppose that he can recklessly lob abusive tirades at officials in public service or government and not be dished back some of his own brew or dietary fare of animadversion.

It is also not clear why the Head of European Studies in the Political Science Department at the University of Ghana appears to have perennially harbored this paranoia about somebody or a cabal of government operatives scheming to have him physically liquidated or assassinated, since he does not come off to me as someone who has much to say about governance issues in the country that verges on the seditious endangerment of our national security. On the other hand, the stark irony or factual reality here is that it was the very Europeans whose sociopolitical and cultural custodian he has elected to be who, ultimately, came after him, perhaps when they uncomfortably realized that he was dangerously overstepping his bounds and becoming suicidal and oblivious of his negritude, and not official elements of his own ethno-racial or cultural background.

So, perhaps, what Prof. Gyampo ought to focus his sedulous attention on is clearly why his very funders, paymasters and apparent partners in the neocolonialist project decided to come after him this time around, especially since he also paradoxically, would have these erstwhile colonial masters and their allies come to a sobering realization of the fact that it is long past midnight in the postcolonial era, and well past the days when these same Europeans cavalierly presumed to have either Manifest-Destiny Rights or a bounden obligation to look over the shoulders of their starry-eyed colonial subjects and imperiously instruct them on precisely how to think and behave.

Maybe what the Akuapem-Larteh and Saltpond native ought to be taking a second or even a third look at, is why he had so, at least in retrospect, inadvisably decided to forge an otherwise relatively prosperous academic and professional career out of the study and propagation of the cultural values of the very people whom he now disdainfully accuses of inordinately interfering in the sovereign affairs of Africans and our destiny. Indeed, it pretty well could be that Prof. Gyampo’s paymasters and senior partners in the neocolonialist project have decided that their poster-boy on the campus of Ghana’s flagship academy has since long completely exhausted himself of any usefulness that they hitherto envisaged in him, and may very well have quickly come to deem their native surrogate to be the veritable nuisance that many of us on the home turf have come to see him as, for as long as any of us, that is, Prof. Gyampo’s kinsmen and countrymen and women, as well, can remember.

At any rate, it is rather absurd for the accused sexual predator remark as follows: “Sexual harassment is a criminal matter. Why has the BBC refused to report the matter [to the police or law-enforcement authorities]?” Well, since this half-assed SOB asked for it, maybe those of us mass communications specialists ought to inform Prof. Gyampo that the BBC is primarily about the dissemination of information for the enlightenment of global humanity, and not for the primary consumption of the agents or operatives of the Bureau of National Investigations, or the Ghana Police Service, with the sole and/or primary objective of bringing widely alleged sexual predators like himself promptly to book.

Now, it is up to the authorities and the administrators at the university that pays his salary and provides him with employment privileges and benefits to take up the matter by thoroughly investigating the same and making the most relevant and necessary decisions by way of disciplinary measures or otherwise. Personally, I don’t expect any seismic turn of events by way of disciplinary enforcement on either the campus of the hermetically patriarchal culture of the University of Ghana, or on any of the other campuses of the country’s major tertiary academies, or even elsewhere in the ECOWAS sub-region, especially at the University of Lagos (UNILAG), where a similar BBC investigative sting operation is also reported to have been conducted, and, indeed, on the African continent at large.

I also don’t know that any serious scholar or intellectual really interested in facilitating the progressive “shaping [of] our governance landscape” would be fully immersed or engaged in European cultural, historical or even socioeconomic studies, especially one who also seems to firmly believe that “Africa has [since] long thrown out [off?] the yoke of colonialism.” We shall be revisiting this very critical and interesting subject as the occasion demands and is deemed necessary and appropriate in due course.

The author has 5387 publications published on Modern Ghana.