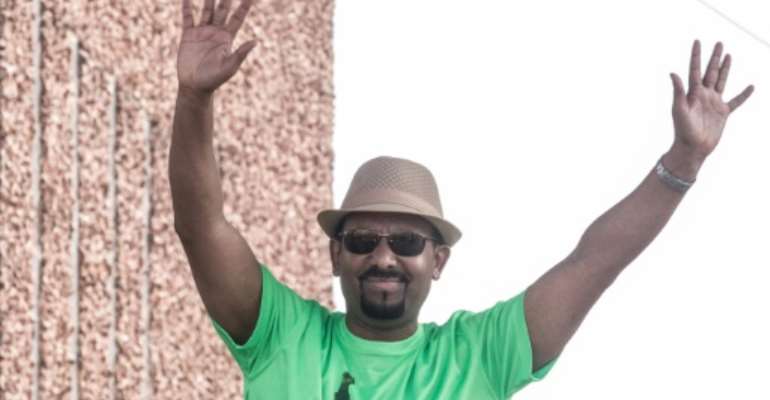 Ethiopian Prime Minister Abiy Ahmed was urged to press on with reforms and efforts to heal bitter tensions with neighbour Eritrea after he won the Nobel Peace Prize on Friday, as observers expressed hope it would spur greater progress.

Abiy, hailed by the Nobel Committee "for his efforts to achieve peace and international cooperation", sparked a historic rapprochement with longtime foe Eritrea soon after coming to power last year.

It led to the formal end of a 20-year-old stalemate between the countries in the wake of the 1998-2000 border conflict -- although the borders that were initially flung open snapped closed again after a few months and severe challenges remain.

The move was part of a dizzying array of reforms within Ethiopia, including releasing jailed dissidents and welcoming home exiled armed groups.

Abiy said he was "humbled and thrilled" to receive the Nobel, adding that he hoped it would inspire other African leaders.

He said he could "imagine how the rest of Africa's leaders would think it possible to work on peace-building processes", in a call to the Nobel committee.

Eritrea's ambassador to Japan, Estifanos Afwerki, on Twitter hailed the decision, saying the people of Eritrea and Ethiopia "with blood, sweat (and) tears have won again over evil."

UN Secretary General Antonio Guterres credited Abiy as one of the main reasons why "winds of hope are blowing ever stronger across Africa".

He said peace efforts between Ethiopia and Eritrea had inspired hopes of regional "security and stability" and that Abiy's leadership had "set a wonderful example for others in and beyond Africa looking to overcome resistance from the past and put people first".

The United States, a close ally of Ethiopia, hailed the "incredible progress" made under Abiy.

"In addition to his extraordinary efforts to rebuild relations with Eritrea, Dr Abiy has shown a commitment to the values of democracy and inclusive development by opening up political space, strengthening freedom of the press, releasing political prisoners, and working for the transformation of Ethiopia's economy," the US embassy in Addis Ababa said in a statement.

Rights group Amnesty International credited Abiy with an array of positive changes since coming to power in April 2018, but said more needed to be done to cement a "lasting human rights legacy".

Amnesty listed reform of the security forces, replacing "the severely restricting charities and society law", as well as efforts to "broker an agreement between Sudan's military leaders and the civilian opposition, bringing an end to months of protests".

But Amnesty said Abiy's work "is far from done" and warned that tensions within Ethiopia, a mosaic of ethnic groups, "threaten instability and further human rights abuses".

'Given the world hope'

African Union chief Moussa Faki on Twitter congratulated Abiy on the win "for his historic peacebuilding efforts that have given the world hope at a time it needs servant leadership more than ever."

"Prime Minister Ahmed stands out as a relentless champion for peace, stability and prosperity of his country, our region and the entire African continent," Kenyatta said in a statement.

The UN High Commissioner for Refugees (UNHCR) hailed the award as a "huge testament" to Abiy's efforts to bring peace in his region and beyond.

"Ethiopia has a long history of welcoming and hosting refugees from across the region," the agency said in a statement, adding the country was a "model for other refugee hosting nations around the world".

"Peace does not arise from the actions of one party alone. When Prime Minister Abiy reached out his hand, President Afwerki grasped it, and helped to formalise the peace process between the two countries," it said in a statement, adding that it hoped it would lead to "positive change for the entire populations of Ethiopia and Eritrea".