No room for 'Amazing Grace' in Rwanda 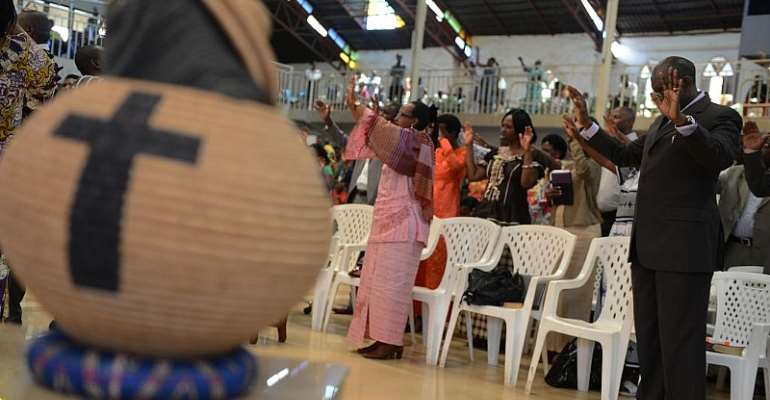 Rwanda has deported an outspoken American pastor back to the US. Gregg Schoof was arrested on Monday, alongside his son, after criticising the government's decision to shut down his 'Amazing Grace' radio station and church.

Schoof was about to give a press conference to journalists Monday, criticizing the government's shutdown of his Christian radio station Amazing Grace FM when police officers came and whisked him away.

The American pastor, who had been living in Rwanda since 2003, fell out of favour with authorities in 2018 after broadcasting a sermon calling women "evil" and "prostitutes".

The sermon by local Pastor Nicolas Niyibikora caused uproar among activists who claimed he had “spread hate against women”.

Ordered to apologise and pay a fine of 2 million Rwandan Francs (1,950 euros), Schoof refused, claiming the sermon had used women as a metaphor for "bad churches".

In a statement handed to journalists before his arrest, Schoof insisted "he had not come to fight the government but to preach the Gospel of God."

So how did he end up getting on the wrong side of the law?

Outspoken
For Schoof's former radio director Cassien Ntamuhanga, the American pastor was controversial because he spoke his mind.

In April 2014, the radio director was charged and jailed on charges of treason. He escaped three years later and now lives in exile.

Other people working on Amazing Grace FM have also fled the country or have simply disappeared.

"The government of Rwanda doesn't tolerate free speech. And the media that does operate only writes what the government wants," comments Ntamuhanga.

Authorities have defended their move to deport Schoof, saying his visa had expired.

Bad influence
"We found that his purpose for staying in Rwanda was no longer valid because his church and radio were closed," François-Regis Gatarayiha, the director of Immigration and Emigration told AFP.

Schoof's church was among 700 closed by authorities in February for "failing to comply with building regulations and for noise pollution."

It comes as the country seeks greater regulation of churches under President Paul Kagame, including the introduction of stringent building codes and laws requiring preachers train for a theological degree.

For Ntamuhanga, the new restrictions are a pretext to clamp down on religious freedom.

"The government is trying to instruct the churches what to do, what to preach. Instead of being in the service of the spirit, churches are now in the service of government," he says, before adding that Jesus Christ never had a degree, nor did John the Baptist ever go to school.

"The Rwandan government doesn't have the ability to assess who was sent by God."

Going to hell
Nor do authorities have the right to interpret sermons that don't concern them he reckons, referring to last year's controversial preaching lambasting women.

"Pastor Nicolas was not talking about women, he was talking about the problem God has with churches," he comments in echo of Schoof's argument that women are a metaphor for "bad churches".

"He said see what the churches are doing, instead of doing good things, they're doing bad things."

Asked whether salvation was still possible for the majority Christian country, Ntamuhanga replied that Rwanda has no place for God.

"The government is closing churches, but they have never closed bars. It is easier to open a bar than a church in this country."

Such "heathen practices" were denounced by Pastor Schoof, who criticized the teaching of evolution in schools, the handing out of condoms in schools and the easing of restrictions on abortion.

Schoof wrote in his statement Monday before his arrest whether the government was trying to send people to hell.