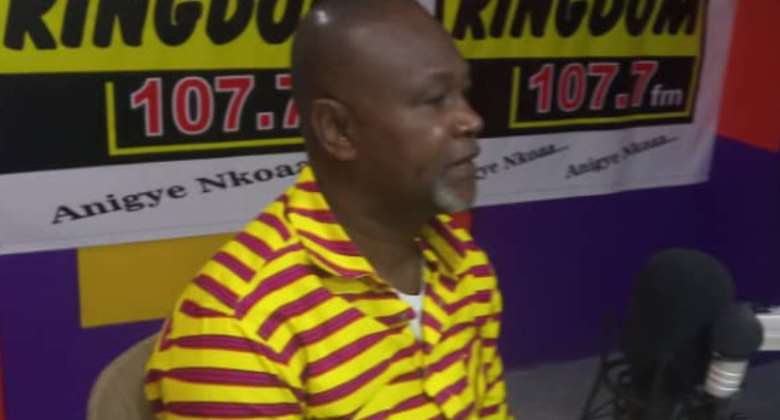 Former Member of Parliament (MP) for La Dadekotopon, Hon. Nii Amasah Namoale, has expressed disappointment in the Special Prosecutor over what he terms as an abysmal performance.

In his view, Mr. Amidu has been embarrassed and disgraced after several months in office with no show.

According to him, he [Amidu] is just an “errand boy to the President who has no power to jail anyone”.

Martin Amidu has over the months been lamenting over lack of cooperation on the part of government appointees in providing him with evidence to prosecute cases of corruption.

“Martin Amidu is a watchdog under President Akufo-Addo,I don’t trust him a bit he is a waste of tax-payers money,” Nii Amasah Namoale told Kwame Tutu on Anopa Nkomo on Accra-based Kingdom FM 107.7.

He noted that Ghanaians are gradually losing faith in the hitherto Citizen Vigilante who many thought should by now have prosecuted a number of cases within his period of appointment indicating that he is gradually reducing his office into a useless one.

Hon. Nii Amasah Namoale described the fight against corruption under the Akufo-Addo government as “horrible” because it is not backed by action.

He said: “Corruption fight is horrible. Usually words, words, and words but no action. Because of partisanship, people are defending their own. There are no strong state institutions to be able to hold the government to account and it’s very bad

The Special Prosecutor took the Attorney-General to the Supreme Court due to the fact that the Ministry failed to carry out an order to retrieve the €47 million judgment debt. He held that despite a ruling by an Arbitration Tribunal that the judgment debt is retrieved, the ruling is yet to be carried out.

He indicated that Ghana’s Attorney-General, Gloria Akuffo, even failed to tell the Ghanaians that the International Court of Arbitration has ruled in favor of Ghana on the matter against Waterville Holding, a construction firm and Alfred Woyome, a businessman.