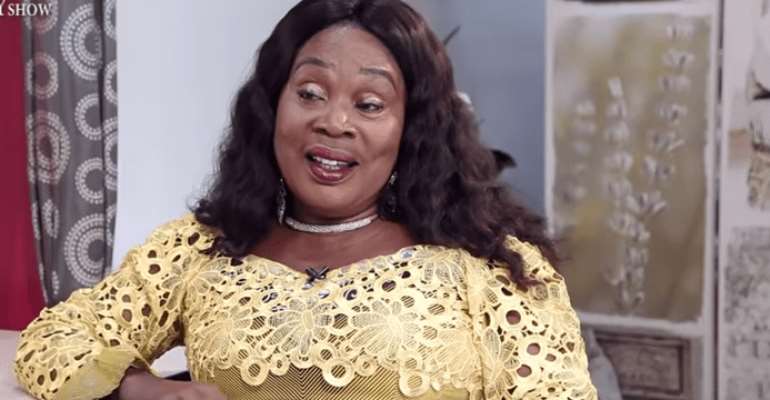 Legendary Ghanaian actress, Grace Omaboe, who is popularly known as Maame Dokono has revealed she has once been a victim of sex for grades in the Training College in which many lectures were demanding sex from her for good grades.

According to her, when she attended Training College and other Tertiary Institutions, she was seriously harassed by several lecturers in which she sees it be worrying and inappropriate.

According to her, the phenomenon has been in most tertiary institutions, thus, people should not play the ostrich after the BBC documentary.

The BBC documentary, Sex for Grades, highlighted the pervasive claims that some academics use their position to force students into having sex.

“I was also a victim of sexual harassment in my university days but I was lucky not to have given in to the demands of sexual predators,” Grace Omaboe told Kwame Tutu on Anopa Nkomo on Accra-based Kingdom FM 107.7.

She advised female students and lecturers to be professionals and desist from such behaviors because it’s immoral and a disgrace to our society.

According to her, “she was lucky not to have been a victim of rape at the hands of her male university teachers.”

The Veteran actress said the lecturers have no moral right to prey on the young women just because of how they dress.

Speaking further, Fayemi urged states and higher institutions of learning to come up with robust sex offenders register to not only shame sexual predators but also prevent them from going to perpetrate such evil in other places.

According to her, once such a record was in place, people would think twice before harassing anyone sexually.

Following the release of the documentary by the BBC on Monday (7/10/19), reactions have trailed the revelations in Nigeria and Ghana with many calling for the sack and imprisonment of all those indicted in the film.