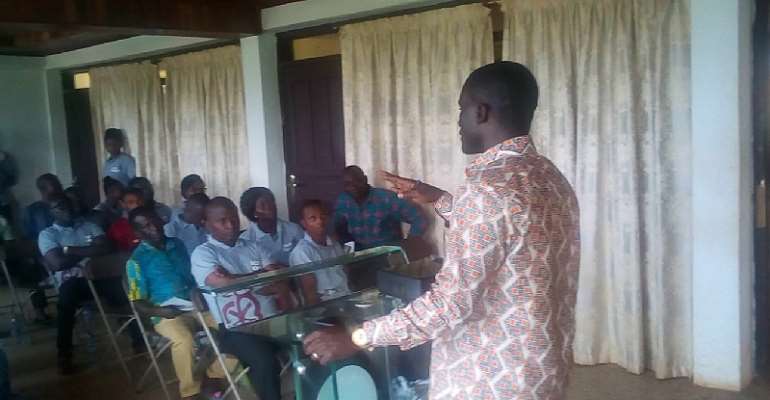 The Municipal Chief Executive for Tano South in the Ahafo region, Mr. Collins Ofinam has joined the advocacy for citizens’ empowerment to ensure that they are able to effectively participate in local governance.

According to the Municipal chief who was addressing members of a Social Action Group in Bechem, the capital of the Tano South Municipal Assembly said Ghana has not reaped the full benefits of local governance despite the long period of practice due to inadequate citizens’ empowerment.

Mr. Ofinam said before the advent of local governance, citizens were effectively participating in the development of their communities through periodic communal labour and other civic duties. He bemoaned the situation where citizens only look up to government for everything including cleaning their surroundings.

The Municipal Chief Executive, therefore, called for empowerment of citizens to understand their roles and responsibilities in the local governance system to ensure effective service delivery with active and effective citizen’s participation.

The Social Action Group is an advocacy group formed as part of social accountability project dubbed “I AM AWARE” implemented in the Tano South District by Hope Alive 360 Foundation in partnership with the Ghana Center for Democratic Development (CDD-GHANA) with support from the Hewlett Foundation.

The “community influencers” who constitute the Social Action Group were trained on the project objectives and the theory of change as well as their expected roles in achieving the project outcomes. The main objective of the I AM AWARE project which is in its third phase of implementation is “Improving public service delivery through an informed citizenry”.