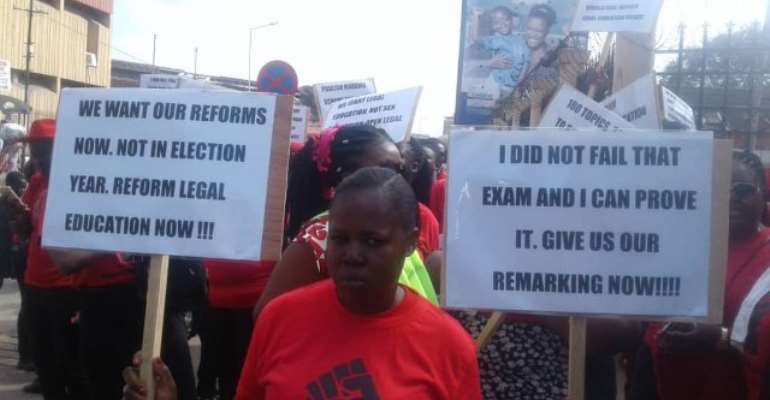 Police say it has released 13 persons who were arrested on Monday during a demonstration to push for reforms in Ghana legal education.

According to the Accra Regional Police Command, the persons were “embarking on an illegal demonstration.”

“At about 8:30 am today, October 7th 2019, a group numbering about Three hundred (300) believed to be members of a group of students who failed the entrance exams to the Ghana Law School besieged the entrance to the law school, sat down in the middle of the road thus, prevented a free flow of traffic” the police said in a press release.

Read the full release below for the official statement from the police.