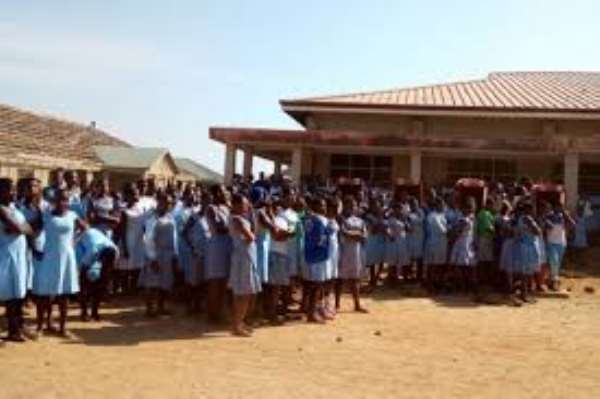 Information gathered from Fumbisi Senior High School in the Builsa South District of the Upper East Region is that the school has temporarily been closed down over what is said to be spiritual attacks on the female students of the school.

According to the Headmaster of the school, Atuk Cetus who spoke on a local radio station said about 19 girls have suffered the attacks leading to their collapse.

A case involving a male student has also been involved.

The student body has put blame on authorities and have accused them of failing to provide and improve the lighting system in the school.

The students who have linked the spiritual attacks to the absence of campus lighting are strongly assertive that the poorly illuminated campus has given ground for the spiritual orchestrations to thrive.

Another section of the students are blaming the issue on the food students are fed with. They say the foods are poorly prepared and they suspect food poison.

The Headmaster however refutes the claims, saying the lighting system on the school campus has improved.

He said all the school buildings and dormitories have been provided with adequate lighting.

He also disagrees with the students indicating that food prepared for them is hygienic.