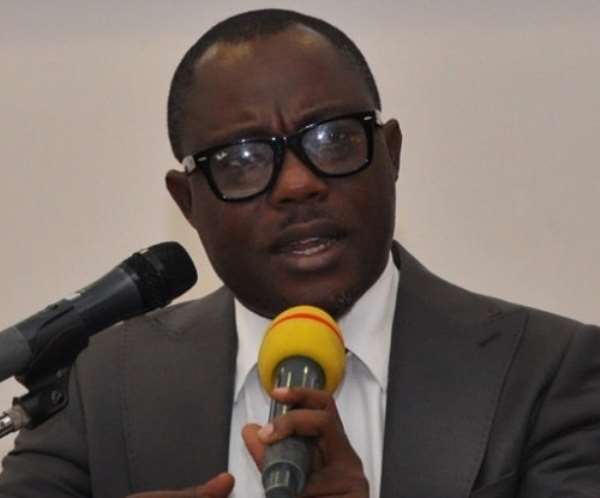 Prof. Ransford Gyampo has reportedly been sacked from a lecture hall at University of Ghana.

This after a BBC Africa Eye documentary implicated him in a "sex for grades" scandal.

A 25 seconds video available to DGN Online shows Prof. Gyampo being asked by students to leave the class room over the sex scandal.

He is seen weeping and wiping his eyes.

In the documentary, Prof. Gyampo made marriage proposal to an undercover journalist who posed as a student.

He had meeting with the said lady in a shopping Mall in Accra and in that documentary, the once respected Prof. Gyampo is seen behaving like a ‘lover boy,’ with his dress code not ‘depicting’ his status in society.

The BBC documentary reveals how lecturers in universities in West Africa trade sex for grades.